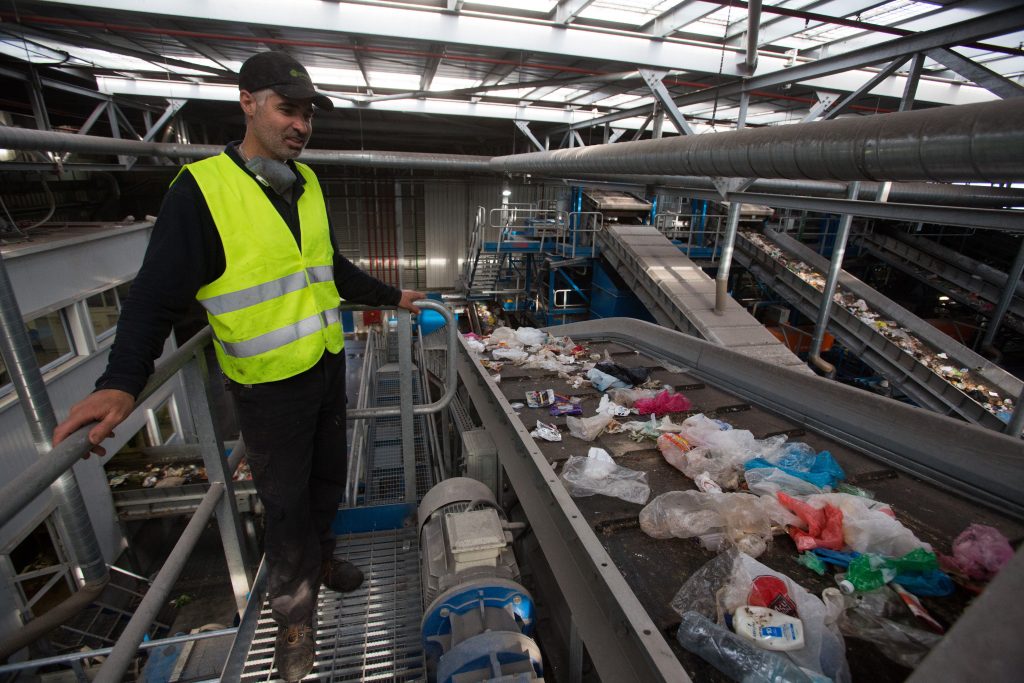 A survey of Israeli priorities in environmental matters has found that almost three times as many people rank cleanliness in public spaces as more important than global warming.

The survey, carried out for the nonprofit Clean, in conjunction with the Society for the Protection of Nature, said that two in five Israelis (41 percent) say clean streets is more important to them than clean air (27%) or the climate crisis (15%).

Just 9% put waste separation and recycling at the top of their list of five environmental concerns, and just 8% named wildlife extinction.

Asked to grade cleanliness in their neighborhoods, 14% were dissatisfied, compared to 38% who thought the situation was bad, 46% who said it was average and 16% who called it good or very good.

Asked to judge their own contribution to public cleanliness, rated themselves better than fellow citizens. 83% gave themselves grades of seven to ten out of ten. This contrasted with grades of three to six that they gave to other Israelis, in general.

Iris Hahn, CEO of the Society for the Protection of Nature in Israel, said, “Apart from the unpleasantness and the aesthetic harm, waste has a serious effect on nature in Israel,” directly harming wildlife.

“It’s time for a profound change, a cultural change that will bring us to the goal of a clean country. This kind of change can happen through a system-wide process including education, publicity, closing infrastructure gaps and serious enforcement.”

The Israel Parks and Nature Authority and the Environmental Protection Ministry are planning a massive national clean-up day at a cost 150 million shekels ($43 million) from the government’s Fund for the Preservation of Cleanliness, funded by landfill dumping charges and cash paid for plastic bags in supermarkets.

The idea was inspired by a huge campaign during which 50,000 Estonians reportedly cleaned up their entire country in five hours.