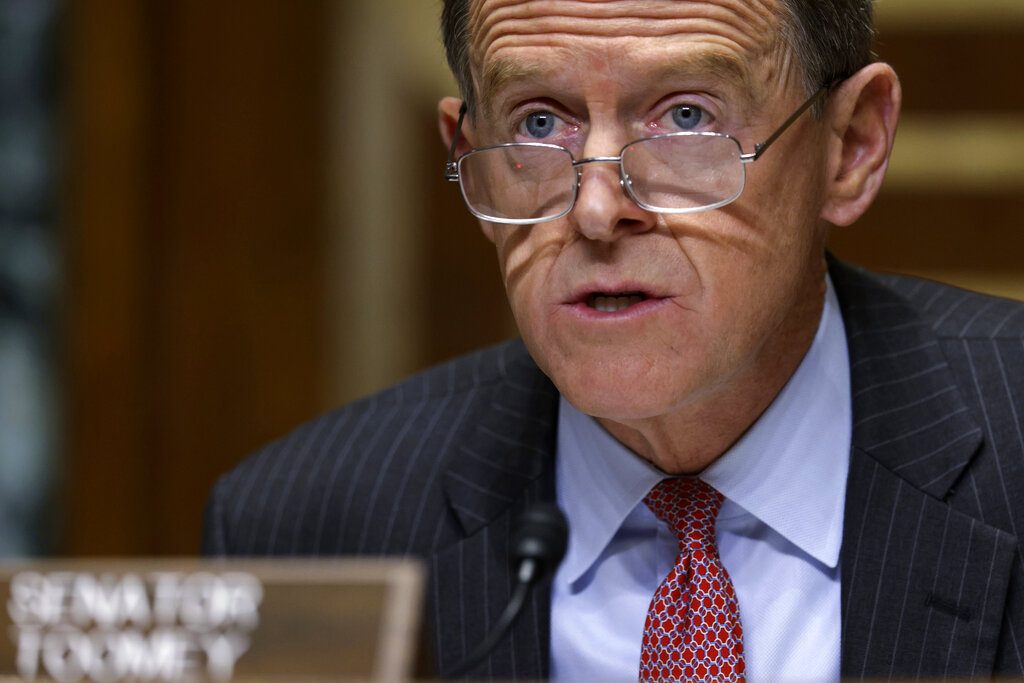 Two Republican senators now say President Donald Trump should resign as support for the drive to impeach him a second time is gaining momentum in his final days in office after the deadly riot at the Capitol by a violent mob of Trump supporters.

Sen. Pat Toomey of Pennsylvania on Sunday joined Alaska Sen. Lisa Murkowski in calling for Trump to “resign and go away as soon as possible.” Murkowski, who has long voiced her exasperation with Trump’s conduct in office, told the Anchorage Daily News on Friday that Trump simply “needs to get out.”

Toomey said that “I do think the president committed impeachable offenses.”

The House appears determined to act despite the short timeline.

Kentucky Sen. Mitch McConnell, the Republican leader, has said an impeachment trial could begin as early as Inauguration Day, Jan. 20.

The new Democratic effort to stamp Trump’s presidential record — for the second time and days before his term ends — with the indelible mark of impeachment is gaining supporters. Rep. David Cicilline, D-R.I, a leader of the House effort to draft impeachment articles — or charges — accusing Trump of inciting insurrection, said Saturday that his group had grown to include 185 co-sponsors.

Lawmakers planned to formally introduce the proposal on Monday in the House, where articles of impeachment must originate.

The articles, if passed by the House, could then be transmitted to the Senate for a trial, with senators acting as jurors who would ultimately vote on whether to acquit or convict Trump. If convicted, Trump would be removed from office and succeeded by the vice president.

Potentially complicating that decision about impeachment is what it means for Biden and the beginning of his presidency. While reiterating that he has long viewed Trump as unfit for office, Biden on Friday sidestepped a question about impeachment, saying what Congress does “is for them to decide.”

Trump has few fellow Republicans speaking out in his defense. He’s become increasingly isolated, holed up in the White House as he has been abandoned in the aftermath of the riot by many aides, leading Republicans and, so far, two Cabinet members — Transportation Secretary Elaine Chao and Educational Secretary Betsy DeVos.