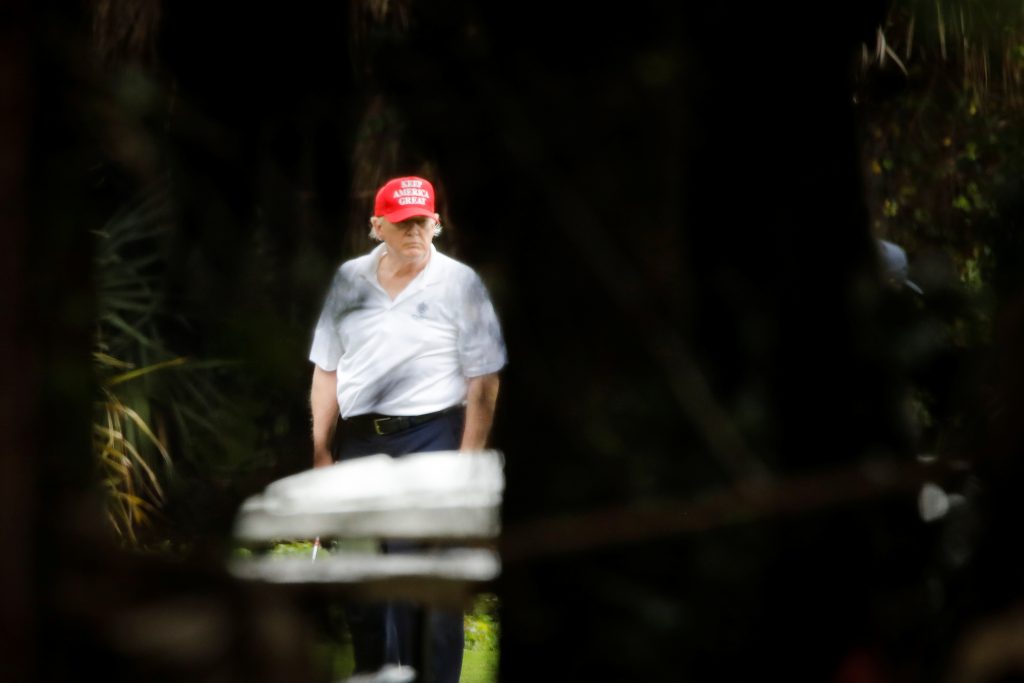 President Donald Trump ran out the clock Wednesday in his long-running legal battle to shield his tax and financial records from Congress, when a federal appeals court declined to rule on the matter and sent the case back to a lower court.

The brief order from the U.S. Court of Appeals for the D.C. Circuit does not mean that the effort by House Democrats to access Trump’s business records is over. But the congressional term will expire and Trump will leave office in January without having his financial data turned over to lawmakers.

The D.C. Circuit emphasized that it was not taking sides. The one-page order noted that the House intends to reissue the subpoena to Trump’s longtime accounting firm, Mazars USA, at the start of the new Congress next week.

“We express no view as to whether this case will become moot when the subpoena expires or as to the merits of the parties’ arguments,” according to the unsigned order from Judges David Tatel, Patricia Millett and Neomi Rao.

The order leaves unanswered separation-of-powers questions about how the court should balance Congress’s oversight authority with concerns about the reach of subpoenas for the president’s personal information. Instead, a district judge will consider the new circumstances if the subpoena is reissued when Trump is no longer president.

The order comes after the Supreme Court this summer returned the case to the D.C. Circuit for a more detailed review of the congressional subpoena. House Democrats have been seeking eight years of the president’s information that lawmakers say they need to amend financial disclosure and conflict-of-interest laws. Trump sued his accounting firm to try to block lawmakers from obtaining financial statements and audits prepared for Trump and his companies.

The D.C. Circuit case involving the president’s records held by Mazars USA is separate from the effort by Manhattan District Attorney Cyrus Vance Jr. to access the same information. Vance is investigating alleged hush-money payments made for Trump before the 2016 election, and the probe ramped up recently after Vance hired forensic accounting experts to examine the president’s business operations. The president has denied the allegations.

The Supreme Court could rule at any time in the New York case.

In a third case, the New York-based appeals court this month also took a pass on deciding Trump’s lawsuit seeking to block Deutsche Bank from turning over the president’s financial records to two House committees.

When the Supreme Court sent the case back to the D.C. Circuit this summer, the justices said subpoenas directed at the president must meet a higher bar and can be “no broader than reasonably necessary” to serve Congress’s purpose.

Trump’s lawyers, backed by the Justice Department, questioned lawmakers’ intentions in their briefings and said the “professed interest” in revamping disclosure laws “cannot justify the ‘significant step’ of subpoenaing the president’s papers.”

The House Committee on Oversight and Reform told the court in filings that Trump’s refusal to fully disclose or divest from his business holdings creates “the risk that his decision-making as president may be influenced by private financial considerations.”

Joshua Geltzer, a Georgetown law professor, said Wednesday that the appeals court’s decision to send the case back to District Court was “regrettable.”

“Trump’s real strategy seems to be to delay, even if he keeps losing along the way. To see the House of Representatives forced to go back to a lower court and keep litigating, rather than finally obtaining the records it subpoenaed so long ago, is regrettable,” said Geltzer, who has been involved in other House litigation against the Trump administration.

The subpoena was prompted by testimony from Trump’s former attorney, who said Trump had exaggerated his wealth to seek loans. Trump, unlike every president since Jimmy Carter, has not voluntarily made public his tax returns.

Since the Supreme Court’s ruling in July, The New York Times has published stories about the president’s taxes and debt based on tax-return records it has obtained.