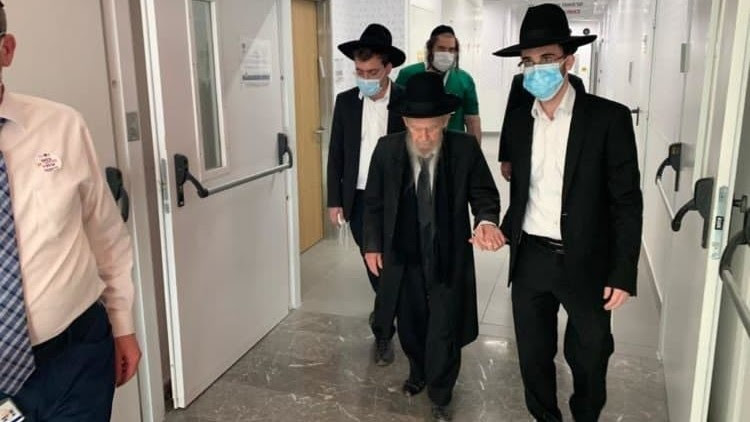 As the inoculation against the coronavirus has started in Israel, leading Gedolei Yisrael, shlita, have already taken the vaccination and also call on the public to vaccinate.

Gedolei Yisrael have said that the trials performed by the vaccine companies demonstrated that there was no danger to the public in getting the vaccine, and that those with medical conditions should take the vaccine.

On Tuesday, Hagaon Harav Gershon Edelstein, shlita, Rosh Yeshivah, Yeshivas Ponevez, received the coronavirus vaccine and called on the chareidi public “to get vaccinated as soon as possible.”

Also on Tuesday, the Badatz Machzikei Hadas of Belz released a letter calling on all to vaccinate. The Belzer Rebbe, shlita, added his signature to the Dayanim who signed on the letter.

Harav Edelstein made his way to the Mayanei Hayeshua Medical Center in Bnei Brak to receive the vaccine.

Although there are those who are voicing concerns against the vaccinations and their safety, a letter released last week by well-known medical askan Rabbi Avraham Elimelech Firer, chairman of the Ezra Lemarpeh medical support organization, in the name of Hageonim Harav Chaim Kanievsky, Harav Gershon Edelstein and Harav Shalom Cohen, recommended that those who are able to receive the coronavirus vaccines should do so.

Rabbi Firer wrote that the Gedolim had requested that he investigate for them the merits of the vaccine. He wrote that “after I researched and investigated with the requisite responsibility and presented my conclusions to the Gedolim, I can state that according to their opinions and in their names anyone who is able to be vaccinated should do so.”

Following the calls of the Gedolim, many in the chareidi community have signed up to receive the vaccine, in line with “V’nishmarten meod lenafshoseichem.”