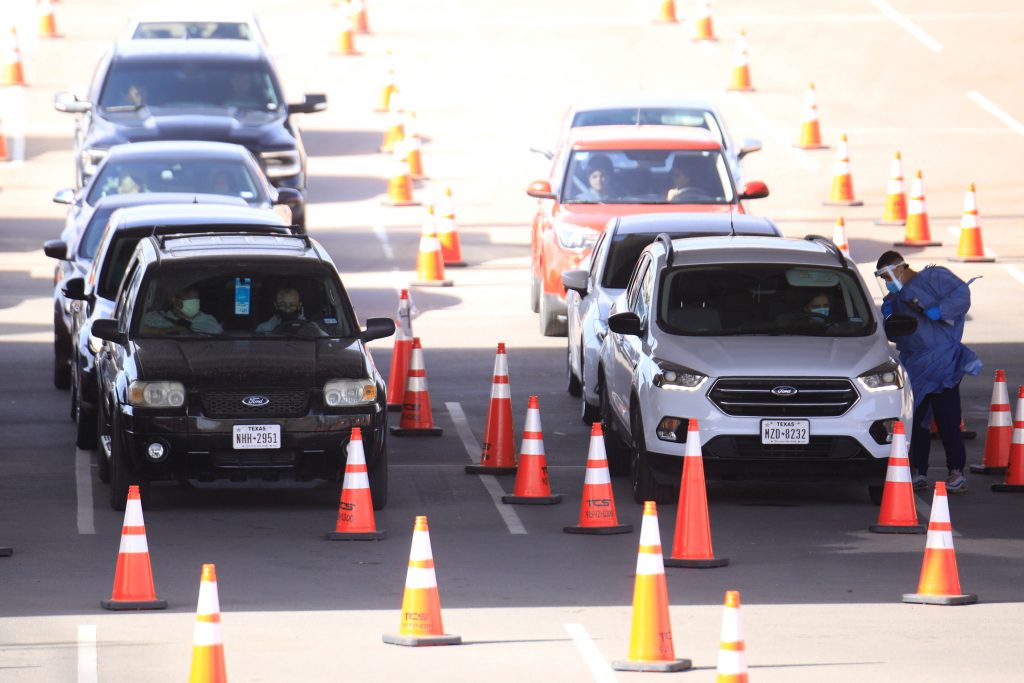 Coronavirus infections across the U.S. continue to rise as the country moves deeper into December when gatherings could push the numbers even higher.

A new daily high of nearly 228,000 additional confirmed COVID-19 cases was reported nationwide Friday, eclipsing the previous high mark of 217,000 cases set the day before, according to data compiled by Johns Hopkins University.

Several states saw surging numbers in the week after Thanksgiving, when millions of Americans disregarded warnings to stay home.

In Arizona, health officials’ public messaging took on a blunt tone Saturday as the state reported the second-highest daily increase since the pandemic’s start and the outbreak’s fall surge continued to elevate occupancy rates of increasingly stressed hospitals closer to capacity.

The Arizona Department of Health Services said in a tweet that people should wear masks “around anyone who isn’t a member of your household, even those you know and trust.”

The state’s 6,799 new confirmed COVID-19 cases reported Saturday trailed only the 10,322 new cases reported Tuesday, which officials have said included data delayed by the Thanksgiving weekend. The week saw a total of four daily reports of over 5,000 additional confirmed cases.

“In less than a week, we went from exceeding 5,000 new cases reported in one day to exceeding 6,000,” said Dr. Mandy Cohen, the state’s health secretary. “This is very worrisome.”

Indiana’s health department said Saturday that 7,793 more people in the state had been diagnosed with COVID-19 over the previous day. And Oklahoma recorded 4,370 newly reported coronavirus cases Saturday, with the state’s seven-day rolling average of new cases topping 3,000 per day.

“We continue to be concerned about the potential implications of the travel we have seen in the past week with Thanksgiving, as well as social gathering,” said Dr. Adnan Munkarah, executive vice president and chief clinical officer for Henry Ford Health System in Detroit.

In Boise, Idaho, soldiers were triaging patients in the parking lot of an urgent care clinic revamped into a facility for coronavirus patients as infections and deaths surge there.

Health officials say Idaho’s attempt to hold the coronavirus in check is failing.

Officials fear a post-Thanksgiving surge of infections that could force difficult choices about what to do with patients when there’s no more room or anyone available to treat them.

California’s San Joaquin Valley, facing with a dire shortage of hospital beds, was placed under a sweeping new lockdown Saturday in an urgent attempt to slow the rapid rise of coronavirus cases. Much of the state, including Southern California, is on the brink of the same restrictions.