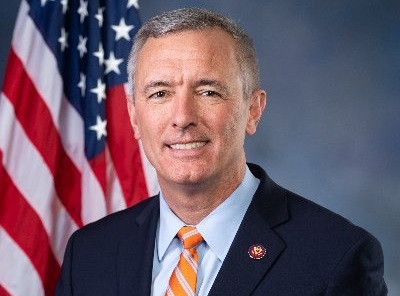 Dana Balter said in a statement that after several days of absentee ballots being counted, it was clear she had no path forward.

“Today, I congratulate Congressman Katko on his victory and hope that in his next term, he will advocate for policies that will help working families in this district,” she wrote.

Katko, a 57-year-old former federal prosecutor, has held a wide lead over Balter since Election Day, but The Associated Press has not called the race because of a lack of publicly available information about the count of absentee ballots.

If his win is confirmed, Katko will get a fourth term after defeating Balter for the second time. She also ran against Katko and lost in 2018, even though Democrats narrowly outnumber Republicans in New York’s 24th Congressional District.

Katko said it was “an honor and a privilege” to represent the district.

“I am especially humbled by the resounding support our campaign received across party lines. Now, more than ever, our nation needs members of Congress willing to work across the aisle to deliver,” he said.

Katko has tried to cultivate an independent brand to reflect the nature of the swing district that includes Syracuse. But he also endorsed President Donald Trump’s reelection bid after declining to do so in 2016.

Balter, 44, has worked as a community organizer and at a disability services nonprofit but has not held public office.

The candidates differed sharply on health care. Balter advocated for keeping and improving the Affordable Care Act while transitioning to a “Medicare for All” system. Katko wants to repeal the act known as Obamacare, but not until the GOP comes up with a viable replacement.