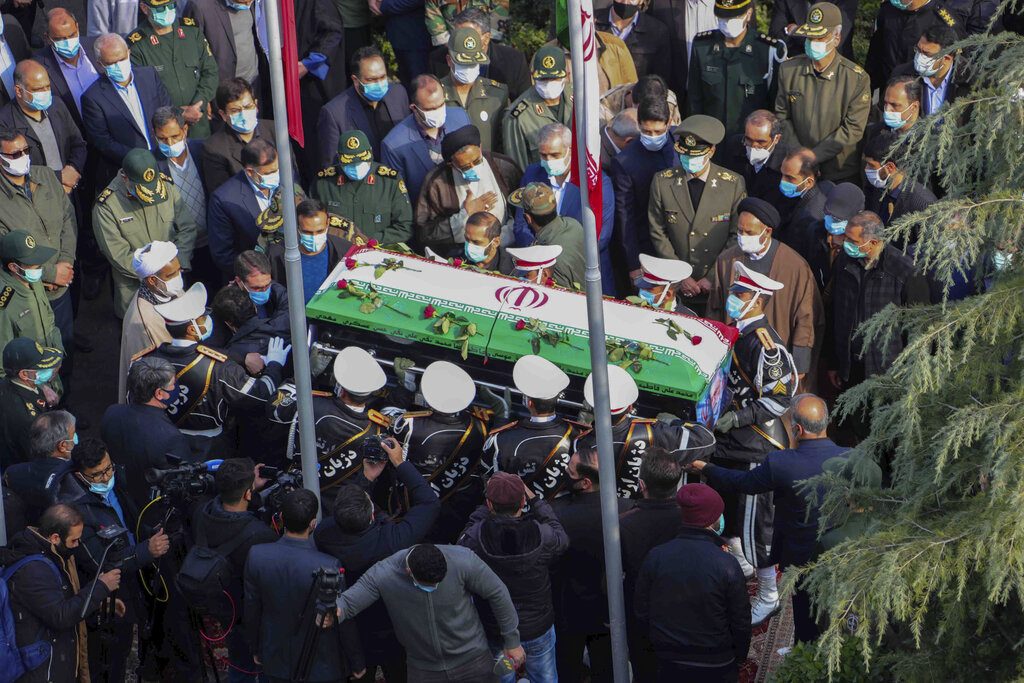 After a 3-day lag, several countries on Monday issued condemnations of the assassination of Iran’s top nuclear scientist Mohsen Fakhrizadeh on Friday, which Iran blamed on Israel.

The Russian foreign ministry on Monday said: “We express our serious concern over the provocative nature of this terrorist act, which is clearly aimed at destabilizing the situation and building up conflict potential in the region.”

“We call on all parties to refrain from taking steps that could lead to an escalation of tensions.”

Bahrain’s ministry of foreign affairs said similarly: “Given what the region is going through, the kingdom of Bahrain calls on all parties to exercise maximum restraint to avoid the region drifting to new levels of instability and threatening peace.”

Earlier in the day, Lebanon, which is home to the heavily armed, Iranian-backed Hezbollah terror group, condemned the killing. In a statement, the Lebanese foreign ministry urged “all parties to exercise the greatest degrees of self-restraint to avoid the slide towards the worst scenario in the region.”

Hezbollah, which was founded by Iran’s Revolutionary Guards in 1982 and exercises major influence in Lebanon, has said the response for the assassination is in Iran’s hands.

Iran’s supreme leader promised over the weekend to retaliate for the killing, raising the threat of a new confrontation with the West and Israel in the remaining weeks of Donald Trump’s presidency.

It was not immediately clear why these countries waited so long before condemning the assassination, even though it had been announced by Iran on Friday.

The European Union, Britain and Turkey have already condemned it.

Israel and the U.S. have made no official comment.