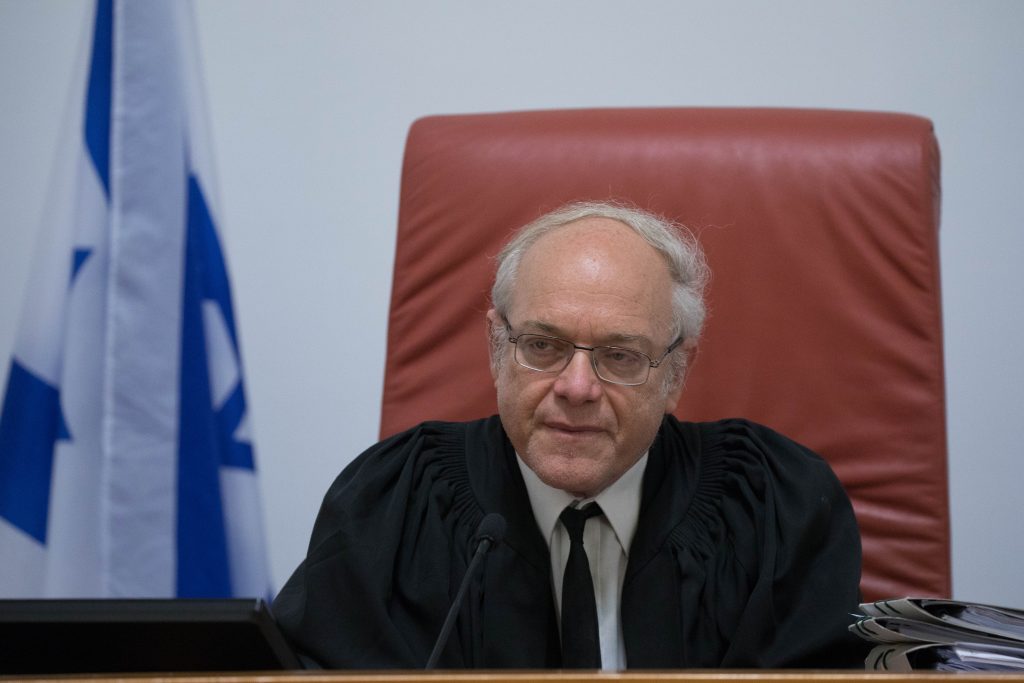 High Court justices expressed incredulity at a hearing on Tuesday during which state representatives could provide no satisfactory explanation for the postponement of passing a budget until December, which appears to violate the law, The Jerusalem Post reported on Tuesday.

Chief Justice Esther Hayut wondered aloud how “the government is in violation of the law and has no explanation for this.”

Justice Neal Hendel exclaimed that “it is inconceivable for the state to not have a timetable for submitting the budget proposal.”

They were not satisfied with State Representative Daniel Marks statement that the reason for not passing a budget was due to an ongoing political crisis, which he termed an “exceptional situation.”

Hendel would not relent: “How can this be justified from the perspective of the Knesset? Transferring this budget is one of the most important and basic functions of the Knesset,” Hendel said.

“Why was no bill submitted for the passing of the budget?” he asked again.

“I have no answer,” replied Marks. “What kind of answer is this?” responded Hayut. “The government is in violation of a law and…has no explanation for this?”

The petitioners, the Movement for Quality Government, further claim that “the ‘detailed action plan,’ whereby NIS 11 billion shekels were added to the state budget (allocations being made currently under the 2019 budget), is in fact an unapproved budget.”

The National Responsibility Movement denounced this as an “open check” and demands that the court repeal the section in the Basic Law enacted by the Knesset that grants the government this authority.

“The government has acted abruptly in a way that fatally damages democracy and the state budget management procedures,” said NRM’s Gilad Barnea. “This [was done] through the creation of an ‘open check’ of NIS 11 billion, for distribution without transparency, without public participation, without distinctions and without complying with basic rules of equality – and, above all, to satisfy coalition needs.

“It is unconstitutional and unequal so we went to court to determine that this action should be revoked,” he said.