National Trump to Cut Troop Levels in Afghanistan, But No Full Withdrawal
National 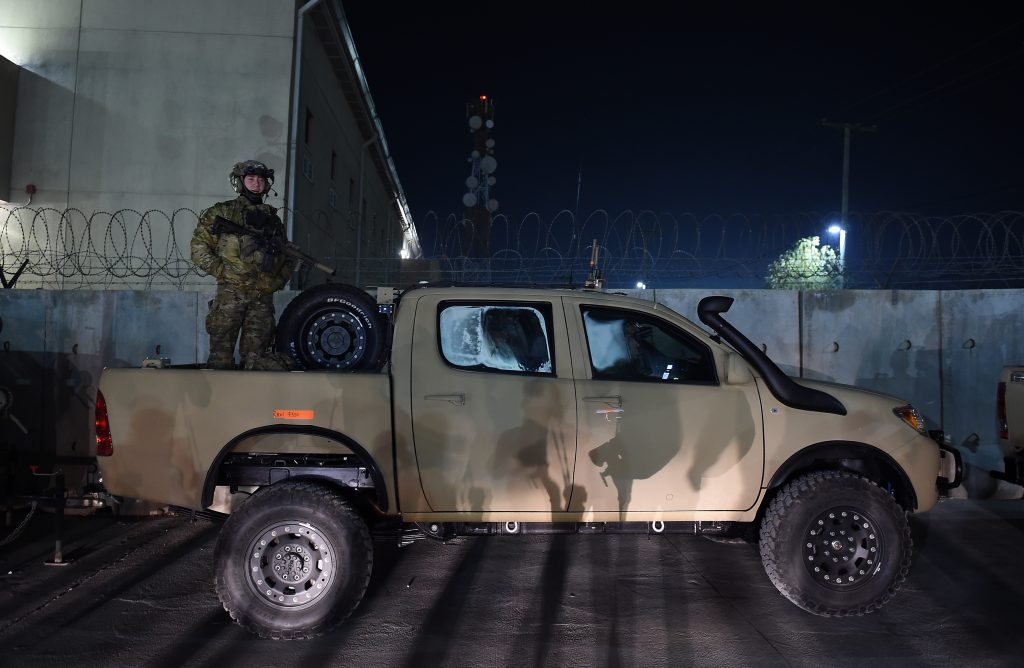 President Donald Trump will sharply reduce the number of U.S. forces in Afghanistan from 4,500 to 2,500 by mid-January, the Pentagon announced on Tuesday, stopping short of a threatened full withdrawal from America’s longest war after fierce opposition from allies at home and abroad.

Trump’s decision to limit himself to a partial withdrawal was first reported by Reuters on Monday but still triggered a rebuke from senior Republicans and Democrats who fear it will undermine security and hurt fragile peace talks with the Taliban.

About the same time, the top Senate Republican, Majority Leader Mitch McConnell, cautioned against any major changes in U.S. defense or foreign policy in the next couple of months, including any precipitous troop drawdowns in Afghanistan and Iraq.

“It is extremely important here in the next couple of months not to have any earthshaking changes in regard to defense or foreign policy,” McConnell, who opposed a pullout, told reporters.

Trump is due to leave office on Jan. 20 after losing this month’s presidential election to Democrat Joe Biden. Critics slammed Trump for timing the withdrawal to his own calendar as opposed to some kind of breakthrough in Afghanistan that would justify a major drawdown.

Biden’s transition team did not respond to a request for comment on Trump’s troop cuts.

The top Republican on the House of Representatives Armed Services Committee, Mac Thornberry, also slammed the troop cut as a “mistake,” as did other prominent Republicans and Democrats.

“Further reductions in Afghanistan will also undercut negotiations there; the Taliban has done nothing – met no condition – that would justify this cut,” Thornberry said.

The top Democrat on the committee, however, Representative Adam Smith, came out in support of the move – even as he cautioned that it needed to “be responsibly and carefully executed to ensure stability in the region.”

But those plans have yet to be hammered out in detail, officials say, leaving questions unanswered about which troops to withdraw and the impact on a mission that ranges from advising and supporting Afghan forces to carrying out counter-terrorism strikes against al Qaeda and Islamic State terrorists.

House Speaker Nancy Pelosi, the top Democrat in Congress, said it was concerning that Trump’s withdrawal was being carried out without close coordination with NATO and that a hasty withdrawal risks making Afghanistan a platform for terrorism once again.

U.S. and Afghan officials are warning of troubling levels of violence by Taliban insurgents and persistent Taliban links to al-Qaeda.

It was those ties that triggered U.S. military intervention in 2001 following the Sept. 11, 2001, attacks on the United States by al-Qaeda . Thousands of American and allied troops have died in fighting in Afghanistan.

Some U.S. military officials had been urging Trump to keep U.S. troop levels at around 4,500 for now.

The withdrawal stops short of his pledge on Oct. 7, when Trump said on Twitter that “we should have the small remaining number” of soldiers in Afghanistan back in the U.S. by Dec. 25.

That threat had alarmed U.S. military officials, U.S. allies and lawmakers, who had fiercely opposed an abrupt, unilateral pullout.

Rick Olson, a former U.S. special envoy for Afghanistan and Pakistan, said that the remaining 2,500 troops still give the United States some leverage in advancing peace efforts, but “it would have been better to have left them at 4,500.”

“Zero would have been truly awful, while 2,500 is maybe okay, but it’s probably not very stable,” he said. “I would say 2,500 is probably stable as long as the U.S.-Taliban peace holds. But that may not happen because the Taliban have not done a reduction in violence, as they committed to do.”

Ronald Neumann, a former U.S. ambassador to Kabul, cautioned that “if we are pulling out faster than the withdrawal schedule, there’s no incentive for the Taliban to negotiate.”

The withdrawals could hand Biden a new set of challenges when he takes office.

Taliban terrorists, fighting against the U.S.-backed government in Kabul, have called on the United States to stick to a February agreement with the Trump administration to withdraw U.S. troops by May, subject to certain security guarantees.

Violence has been rising throughout Afghanistan, with the Taliban attacking provincial capitals, in some cases prompting U.S. airstrikes.

Marine General Kenneth McKenzie, head of the U.S. Central Command, called that violence the “greatest obstacle to moving forward with the peace process.”

“The sheer volume of Taliban initiated attacks against the people of Afghanistan are not indicative of an organization that’s serious about peace,” McKenzie said in a podcast released this week.