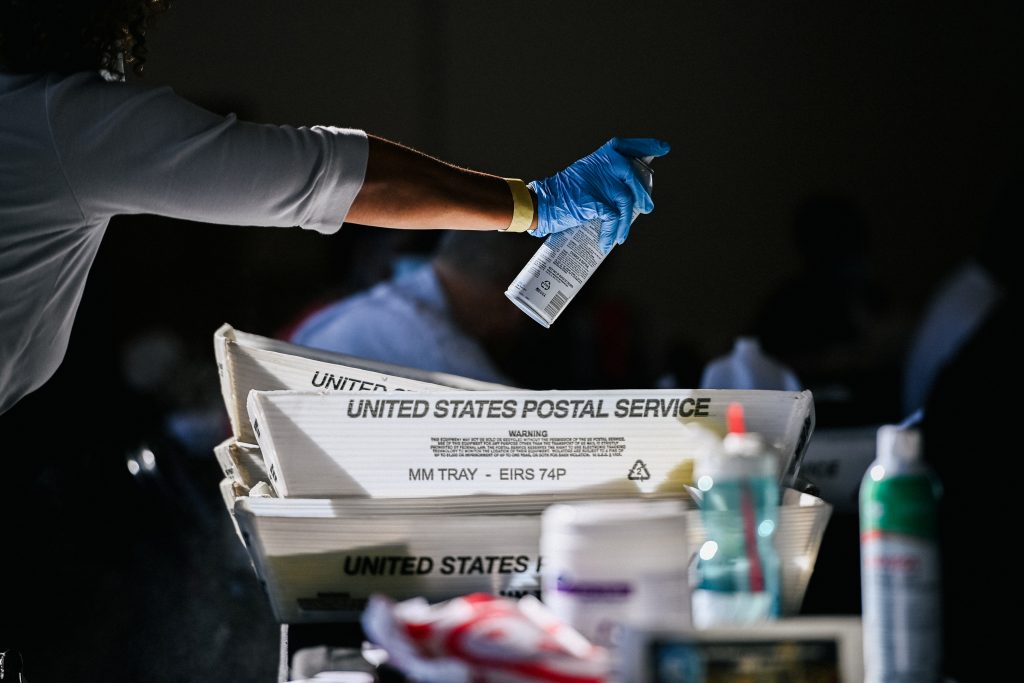 A hearing on the Trump campaign’s federal lawsuit seeking to prevent Pennsylvania officials from certifying the vote results remains on track for Tuesday after a judge quickly denied the campaign’s new lawyer’s request for a delay.

U.S. Middle District Judge Matthew Brann told lawyers for Donald J. Trump for President Inc. and the counties and state election official it has sued that they must show up and “be prepared for argument and questioning” at the Williamsport federal courthouse.

The Trump campaign wants to prevent certification of results that give Joe Biden the state’s 20 electoral votes, suing over election procedures that were not uniform across the state.

Pennsylvania Secretary of State Kathy Boockvar has asked to have the lawsuit thrown out, calling its allegations in court filings “at best, garden-variety irregularities.”

Brann scheduled the hearing to discuss the campaign’s request for a temporary restraining order as well as the defendants’ request to have the case dismissed.

Camp Hill lawyer Mark Scaringi, a losing candidate in the 2012 Republican U.S. Senate primary, notified the judge he was stepping in, but did not get the delay he sought.

The Trump legal challenge centers on how some counties let voters fix, or “cure,” mail-in ballots that lacked secrecy envelopes or had other problems. The president’s campaign’s lawsuit claims counties’ inconsistent practices violated constitutional rights of due process and equal protection under the law and resulted in the “unlawful dilution or debasement” of properly cast votes.

“Democratic-heavy counties,” the lawsuit alleges, notified voters about the lack of secrecy envelopes or other problems in time for some to fix them, but counties in Republican regions “followed the law and did not provide a notice and cure process, disenfranchising many.”

The lawsuit seeks to stop Boockvar and election boards in seven Biden-majority counties that are co-defendants from counting absentee and mail-in ballots that the Republican president’s campaign claims were “improperly permitted to be cured.”

Boockvar’s lawyers described Trump’s claims as generalized grievances and speculative injuries that would not warrant throwing out the election results.

They told Brann that other counties could have permitted their voters to fix problem mail-in ballots, but chose not to.

“Election practices need not cater to the lowest common denominator, and Plaintiffs’ arguments would improperly penalize those counties that are enfranchising voters by helping them avoid ballot disqualification,” they wrote.

There is no evidence of widespread fraud in the 2020 election. In fact, election officials from both political parties have stated publicly that the election went well and international observers confirmed there were no serious irregularities.

The issues Trump’s campaign and its allies have pointed to are typical in every election: problems with signatures, secrecy envelopes and postal marks on mail-in ballots, as well as the potential for a small number of ballots miscast or lost. With Biden leading Trump by wide margins in key battleground states, none of those issues would have any impact on the outcome of the election.

Trump’s campaign has also launched legal challenges complaining that its poll watchers were unable to scrutinize the voting process. Many of those challenges have been tossed out by judges, some within hours of their filing; and again, none of the complaints show any evidence that the outcome of the election was impacted.

In a court filing last week, a group represented by the ACLU of Pennsylvania argued that giving the Trump campaign what he is seeking would create its own constitutional problems.