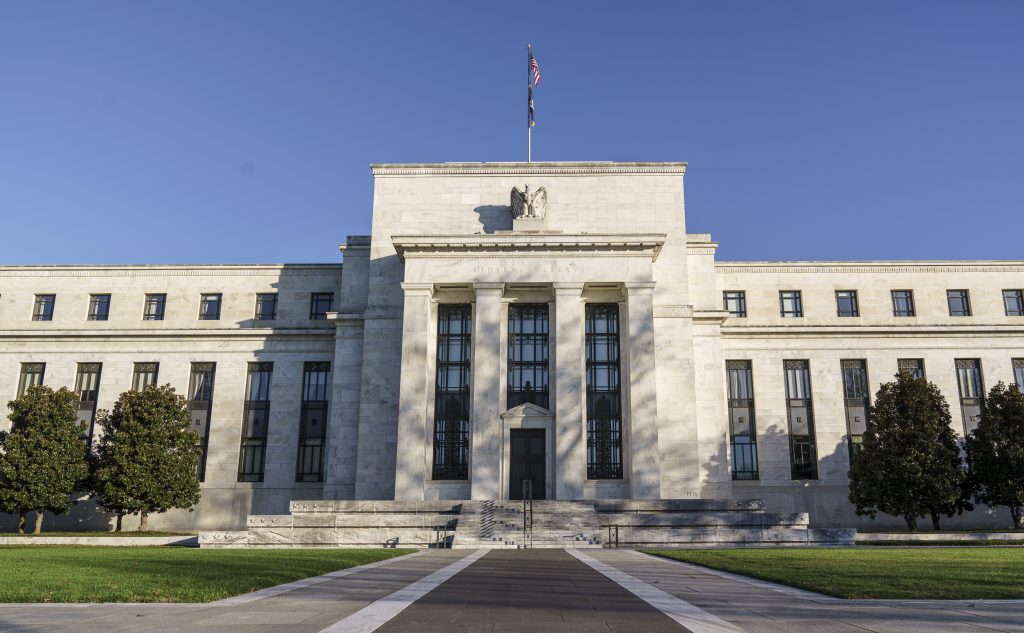 Judy Shelton’s nomination to the Federal Reserve Board of Governors failed to advance in the Senate on Tuesday, jeopardizing her prospects of being confirmed due to a combination of Republican absences and opposition to her installation to the central bank.

Hours before the Senate was set to vote on Shelton’s confirmation, Sen. Chuck Grassley, R-Iowa, said he was exposed to the coronavirus and he would immediately quarantine while waiting for test results. The announcement further riled Shelton’s nomination process, which had already narrowed after Sen. Lamar Alexander, R-Tenn., said Monday he would not support Shelton’s confirmation. Alexander joined Republican Sens. Susan Collins of Maine and Mitt Romney of Utah, who said they would vote “no” over the summer and did so on Tuesday.

“In her past statements, Ms. Shelton has called for the Federal Reserve to be less independent of the political branches and has even questioned the need for a central bank,” Collins said in a statement Tuesday. “This is not the right signal to send, particularly in the midst of the pandemic.”

Another Republican senator – retiring Sen. Pat Roberts of Kansas – said earlier Tuesday that he was a “little troubled” by Shelton’s nomination, but voted to advance her anyway.

After Tuesday’s vote, White House spokesman Judd Deere tweeted that Shelton “is incredibly qualified. The White House fully supports her, and we remain confident that Judy Shelton will be confirmed upon reconsideration.”

Sen. Marco Rubio, R-Fla., who supported Shelton’s nomination, said the Fed “plays too much of a role shaping our economy” and that he and Shelton share the belief that “relying on the Federal Reserve to boost asset prices is no substitute for a strong American economy.”

“I also believe she appreciates the risks to our financial system posed by China, and is concerned about the financialization of our economy,” Rubio said. “And I believe the Board of Governors would benefit from having somebody who is aware of these issues and vocalizes them in their deliberations.”

Shelton’s nomination has come under particular scrutiny given her views on the Fed’s independence and her calls for a return to the gold standard, which the nation fully abandoned in 1971. Shelton also advised Trump’s 2016 presidential run and has been outspoken against the Fed as an institution. She has also been criticized for altering some of her views to appear in closer agreement with Trump’s aggressive push for lower interest rates.

“With the absences now, we have some attendance issues,” Senate Majority Whip John Thune, R-S.D., said Tuesday of Shelton’s vote. “It’s a little bit fluid, I’d say at the moment.”

Thune, the party’s chief vote counter, said Republicans still expect to have enough support to confirm Shelton eventually, although he acknowledged that the election of Democrat Mark Kelly in Arizona is a “complicating factor.” Kelly is filling an existing Senate term and can be sworn in as senator as soon as his election is certified, which could be as early as Nov. 30, and shrink the existing GOP majority by one vote.

Grassley’s absence is just one more complication for Shelton and Republican leadership, who have 53 votes in the Senate, while Democrats control 47. Democrats are expected to uniformly oppose Shelton, although it was not immediately clear whether all of them would be physically present Tuesday to vote against Shelton.

The biggest question mark on attendance was on Sen. Kamala Harris, D-Calif., the vice president-elect who is scheduled to be in Wilmington, Del., with President-elect Joe Biden on Tuesday to attend national security briefings and missed morning Senate votes in Washington.

Later Tuesday, a Harris campaign aide said she would participate in the briefing remotely from Washington. She voted against advancing Shelton’s nomination.

Alexander will not be in Washington this week because of family matters, so he will not be present to vote against Shelton’s confirmation on Tuesday. Sen. Rick Scott, R-Fla., who was expected to support Shelton, is also quarantining this week after coming into contact with someone who later tested positive for the coronavirus.

Collins confirmed Tuesday that she would still be a “no” vote on Shelton. Romney, also on Tuesday, declined to say whether he would vote “present,” which would effectively help cancel out one of the Republican absences.

In perhaps an indication of the Republicans’ middling enthusiasm for Shelton, no GOP senators spoke on the Senate floor in favor of her nomination on Monday or as of Tuesday afternoon. Senate Majority Leader Mitch McConnell, R-Ky., praised the slate of judicial nominees that the Senate was on track to confirm, but said nothing about Shelton directly.

The Fed is responsible for monetary policy, and its main policy lever rests in the setting of interest rates. All but one of the Fed’s top officials were put in their current roles by Trump, including Chair Jerome Powell. But the Fed’s seven-seat board has been operating with two vacancies for years, and a handful of Trump’s previous picks either failed to garner enough support from lawmakers or withdrew their bids.