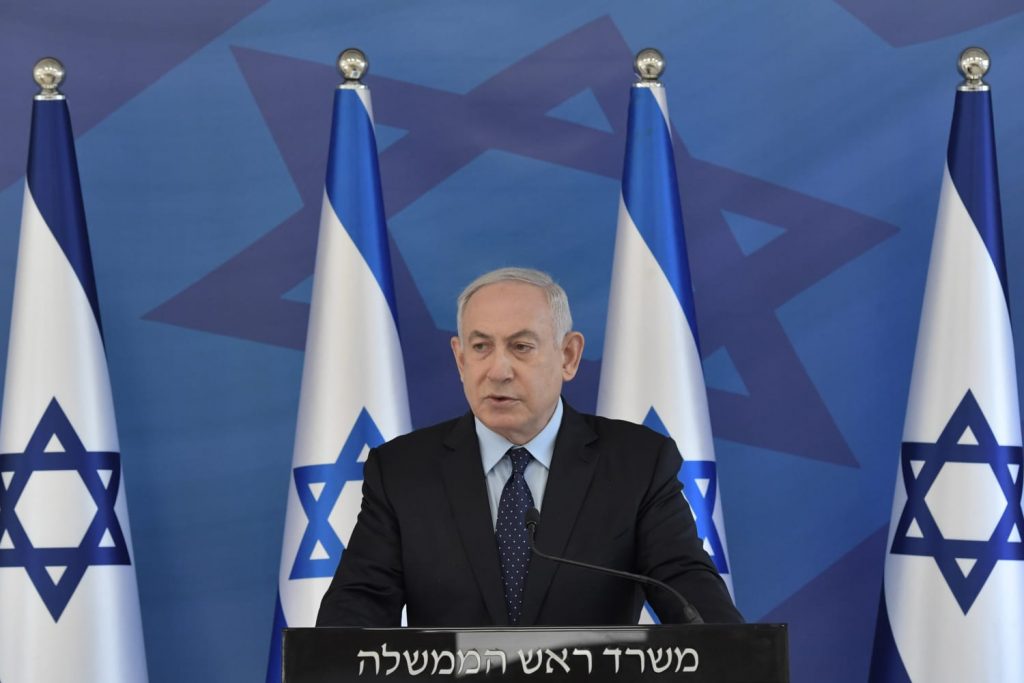 Pfizer confirmed that it had finalized a critical supply agreement with Israel “that will provide the Israeli people with a COVID-19 vaccine once approved by regulatory authorities,” the company’s Chief Executive Officer Albert Bourla said.

The deal needs approval by the U.S. Food and Drug Administration (FDA) and Israel‘s Health Ministry, Israeli officials say. Health Minister Yuli Edelstein said Pfizer is expected to apply for approval at the end of November.

Pfizer and its German partner BioNTech SE’s potential vaccine is likely to be a two-dose course of treatment, meaning that eight million doses would cover four million of Israel‘s 9 million population.

In his remarks, Netanyahu said the supply agreement marked “a great day for Israel” and added, “The goal is for the vaccine supply to start in January and increase in the months thereafter.”

“Our national mission is to enable a vaccine for every person in Israel, whoever wants one – without exception. I personally am working with my friends, world leaders, in order to ensure that we will receive the vaccine together with the leading countries around the world and that we will not get pushed back in line. The health minister and his staff are working on this with their counterparts.

“I would like to thank Pfizer Chairman and CEO Albert Bourla for the telephone conversations between us. He was attentive at all hours of the day, even at 02:00. I am thankful that the conversations between us led to the removal of the last obstacles and to the closing of the deal, including the addition of millions of vaccine doses for the citizens of Israel.

“Citizens of Israel, months will pass until the vaccines arrive, assuming that they will be approved. We must all continue to keep the directives and the rules until the arrival of the vaccines, and even afterwards. We are managing this correctly and making the correct decisions responsibly and carefully, therefore, our morbidity is almost the lowest in Europe and this is thanks to your cooperation, citizens of Israel.

Pfizer on Monday announced that its experimental COVID-19 vaccine was more than 90% effective based on initial trial results, a potential major victory in the war against a virus that has killed more than a million people and battered the world economy.

In addition to its new deal with Pfizer, Israel has an agreement with Moderna Inc for the future purchase of its potential vaccine. Moderna said on Wednesday it had enough data for a first interim analysis of the late-stage trial of its vaccine candidate.