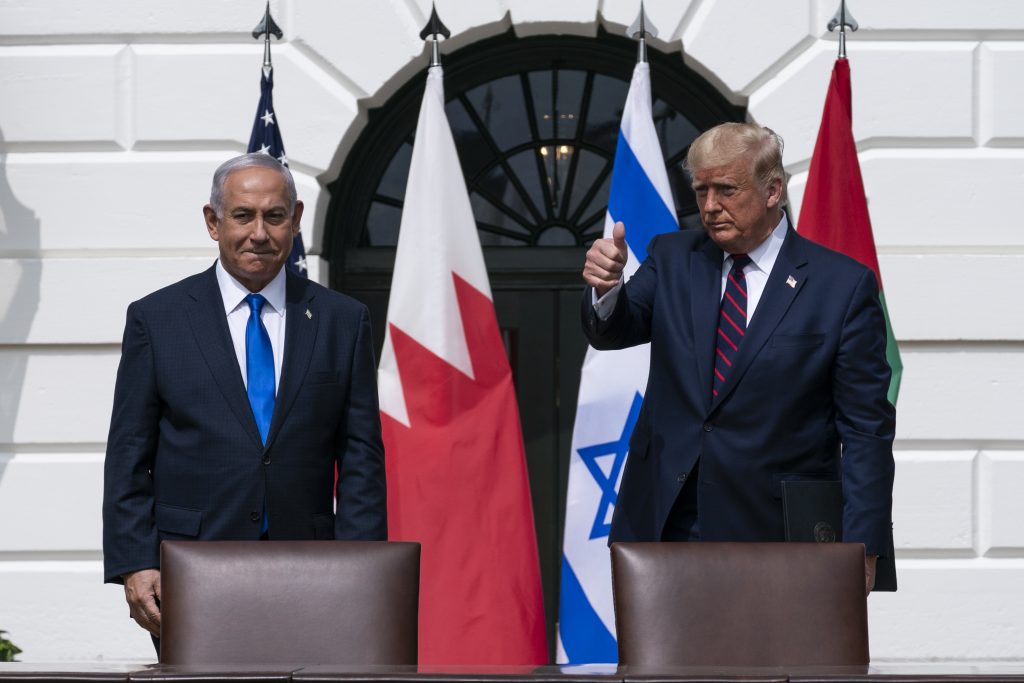 Israeli leaders‏ faced a dilemma after U.S. news networks declared Joe Biden the winner in the presidential election, but President Donald Trump continued to claim electoral fraud and refused to concede: A congratulatory message to Biden perceived as premature that could offend Trump, or a delayed one that could irritate Biden.

Prime Minister Binyamin Netanyahu allowed 12 hours to pass before tweeting to Biden, long after the leaders of Germany, France, Britain, Canada, India and numerous others had already done so. His missive did come in ahead of Russia, China and Brazil, though.

Biden adviser Amos Hochstein said he does not believe that Netanyahu’s delay in congratulating Biden will affect relations. “He’ll smile and move on,” he said of Biden.

Israel’s former New York consul, Dani Dayan, told Army Radio that Netanyahu needed to act cautiously, since Trump is still president for 75 days until the inauguration and might feel slighted by a seemingly too-eager bow to Biden.

“He was worried about Israel’s interests,” said Dayan. “In the White House there is now and for the next two months a president who has not recognized his defeat and whims are part of how he makes decisions. The price for those 12 hours could be another normalization deal.”

Former ambassador to the U.S. Michael Oren observed that such sensitivities are not peculiar to Trump. He told Kan radio that when he was in Washington when Obama and Biden were in office, “there was a mass shooting at a school in the U.S. The attack happened at night in Israel and messages of condolences only came after five hours. The next day I was censured by the Americans over it. In the U.S., they don’t forget things like this.”

In a video, President Reuven Rivlin invited Biden to visit Yerushalayim: “Mr. President-elect, I was pleased to welcome you to Jerusalem as vice president and I look forward to welcoming you to Jerusalem as president of the United States. As a longstanding friend of Israel, you are now going to be the leader of the free world and of Israel’s closest and most important ally.”

He added: “I also want to thank President Trump for four years of partnership, strengthening Israel’s security, and to thank the American people for their support and friendship. I have no doubt that we will continue to grow and flourish in the future. G-d bless America. G-d bless all of you.”