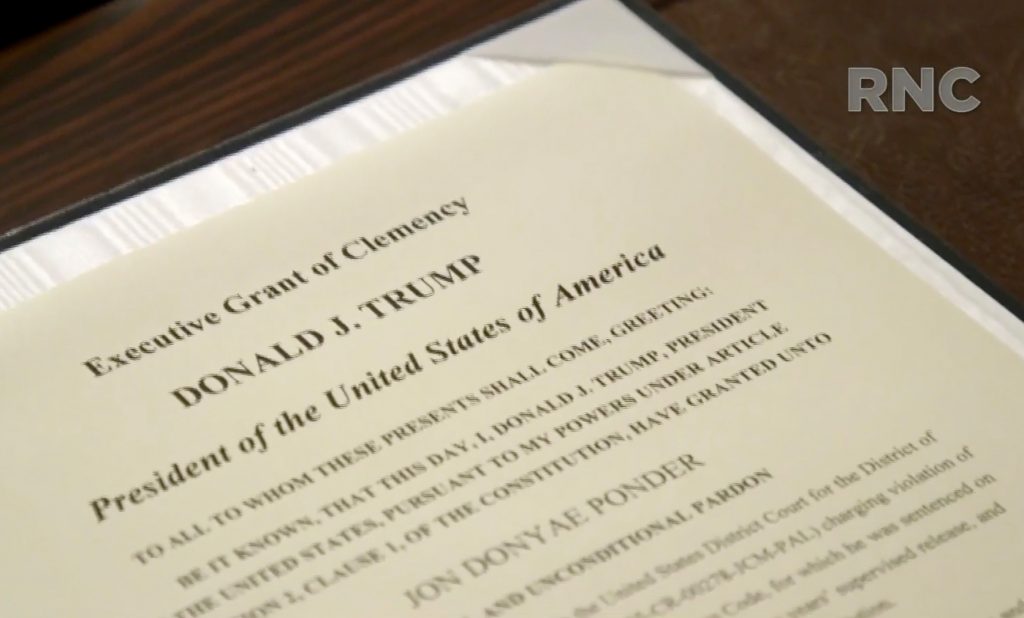 President Donald Trump has exercised his clemency power with gusto in nearly four years in office, pardoning or commuting the sentences of more than three dozen convicts. But after next week’s election he will be unleashed.

Win or lose, Trump won’t face electoral retribution for using his pardon power over federal crimes, which is his alone. That leaves little to stop him from trying to clear legal clouds from political allies, family members and others caught up in what he’s persistently branded as unfair prosecutions.

“Trump has already exercised his clemency power to reward friends and thwart cooperation with law enforcement, even when it might have some political cost,” said Andrew Weissmann, who worked on Special Counsel Robert Mueller’s probe of Russian interference in the 2016 election.

“If Trump were to lose the election, there would be little to keep him from pardoning all those around him and at his business to thwart any potential future investigations or cooperation,” said Weissmann, who writes in a new book that Mueller’s team “could have done more” to hold Trump accountable. “He might even pardon himself — something no president has done or believed he needed to do.”

Modern presidents have shown the breadth of pardon possibilities. Jimmy Carter offered a blanket pardon to draft dodgers. Bill Clinton pardoned a political donor, Marc Rich. Gerald Ford pardoned Richard Nixon before he could be charged. Given that broad power, Trump could offer pardons of a range of people — those convicted and in jail, in the midst of legal proceedings, or even those not formally accused.

What stands out about Trump’s acts of forgiveness isn’t so much the number but his methods. Many of the people given clemency by Trump were prominent and outspoken supporters of his, and he often bypassed the traditional process that started with pardon-seekers petitioning the Justice Department. The White House declined to comment.

The president’s clemency power is unilateral, but it’s not absolute. “Offering a pardon for silence is not allowed. That’s like witness tampering,” said Jeremy Paul, a professor at the Northeastern University School of Law.

Trump could put an end to his former national security adviser’s four-year legal saga by reaching in with a pardon.

Flynn twice pleaded guilty to lying to FBI agents examining his ties to Russia, then moved to withdraw his plea, after hiring a lawyer who’s been an outspoken critic of the Mueller investigation. In May, the Justice Department moved to withdraw its case against Flynn.

U.S. District Court Judge Emmett Sullivan is now trying to determine whether the Justice Department’s about-face was guided by corrupt motives. That review would end with a pardon.

Trump has expressed sympathy for his former campaign chairman, saying that his prosecution was unfair and that a pardon was “not off the table.”

Manafort, who spent his career working on behalf of pro-Kremlin oligarchs in Ukraine, never flipped on the president. Even when Manafort decided to cooperate with Mueller, following a conviction at trial for financial crimes, he kept lying.

Manafort was sentenced to seven-plus years. After the Covid pandemic emerged this year, he was allowed to serve it at home. Trump praised Manafort after his conviction for refusing to “break” under pressure and compared him with his former lawyer, Michael Cohen, a cooperator described by Trump as a “rat.”

Roger Stone: For Now, a Commutation

Trump commuted Stone’s sentence just as he was to report to prison to serve a 40-month term. The president could go a step further by erasing his friend’s criminal record.

Trump’s relationship with the self-described political dirty-trickster goes back decades, to when both men were mentored by the notorious fixer-lawyer Roy Cohn.

Mueller’s report described Stone as a primary conduit of information between WikiLeaks, which published a trove of emails hacked from Hillary Clinton’s campaign chairman in 2016, and the Trump campaign. He obstructed Mueller’s investigation and was convicted of lying to Congress and tampering with witnesses.