Politics As Final Weekend Looms, Trump and Biden to Barnstorm Across Midwest
Politics 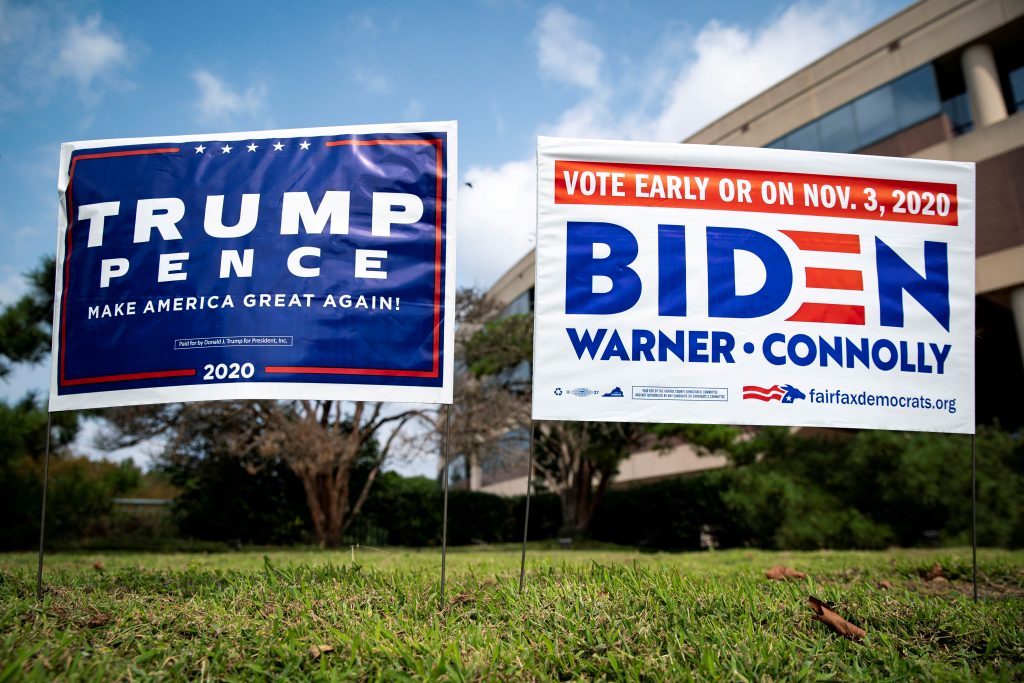 Ahead of the final weekend before Election Day on Tuesday, President Donald Trump and Democratic challenger Joe Biden will barnstorm across battleground states in the Midwest, including Wisconsin, where the coronavirus pandemic has exploded anew.

Michigan and Wisconsin were two of the three historically Democratic industrial states, along with Pennsylvania, that narrowly voted for Trump in 2016, delivering him an upset victory. Minnesota, which has not voted for a Republican presidential candidate since 1972, is one of the few Democratic states that Trump is trying to flip this year.

Overall, the map looks ominous for Trump, who has consistently trailed Biden in national polls for months because of widespread disapproval of his handling of the coronavirus. Polls in the most competitive states, however, have shown a closer race.

The pandemic, as well as an extraordinary level of enthusiasm, has prompted Americans to vote early in unprecedented numbers. Already, more than 80 million votes have been cast either by mail or in person, well over half the total number of votes in the entire 2016 election, according to the U.S. Elections Project at the University of Florida.

The deluge of mail-in ballots makes it likely that the winner of several states, including major battlegrounds such as Pennsylvania and Wisconsin, will not be clear on Tuesday night, as election officials expect the vote-tallying to take days.

On Thursday, a federal appeals court barred Minnesota election officials from implementing a plan to count ballots arriving up to a week after Election Day as long as they were postmarked by next Tuesday.

Trump has repeatedly claimed without evidence that mail-in ballots are susceptible to fraud and has more recently argued that only the results available on election night should count.

Early voting data show that far more Democrats have voted by mail, while Republicans are expected to turn out in greater numbers on Tuesday.

As a result, preliminary results from states like Pennsylvania that do not begin counting mail-in ballots until Election Day could show Trump in the lead before flipping as more Democratic-heavy ballots are added, a phenomenon some have called the “red mirage” and the “blue shift.” Several Pennsylvania counties have said they will not begin counting mail-in ballots until Wednesday.

The final days of the campaign have continued to be dominated by the pandemic, which has killed some 228,000 people in the United States and decimated the economy.

The White House coronavirus task force is warning that much of the country is in the grip of an “unrelenting” rise in COVID-19 cases, while at least nine states reported record one-day increases in cases on Thursday, according to a Reuters tally.

After overcoming his own COVID-19 infection, Trump has maintained a frenetic pace, holding up to three rallies a day with thousands of attendees despite concerns the events could spread the virus. Biden has held smaller events, including “drive-in” rallies where supporters remain in their cars for safety, and has also spent a couple of days near his home state of Delaware.

Trump touted figures released on Thursday showing the U.S. economy grew at a historic annualized pace of 33% in the third quarter, although output remains below its level at the end of 2019, before the pandemic. Economists caution that the recovery is still tenuous and far from complete.