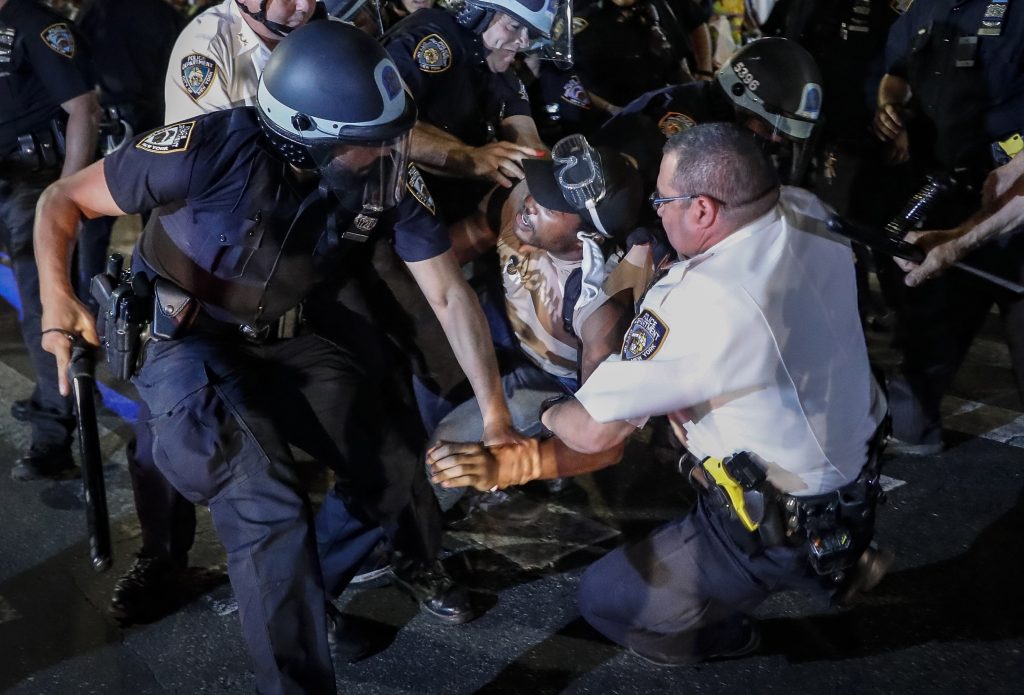 Two civil rights organizations are suing the New York Police Department on behalf of protesters who say they were roughed up by officers because they expressed anti-police views during nightly demonstrations in the spring in the wake of George Floyd’s killing.

The lawsuit, filed Monday in federal court, also accuses city leadership of doing little to curtail police conduct that included trapping protesters with a technique called kettling, hitting them with pepper spray, inflicting violence and detaining them for hours. One plaintiff suffered a broken arm as a result of the police department’s conduct, the lawsuit said.

The organizations, the New York Civil Liberties Union and the Legal Aid Society, are seeking monetary damages for 11 named plaintiffs, as well as reforms such as training officers to respect the rights of protesters and swift discipline for officers who used excessive force. They are also asking a court to declare the police department’s actions unconstitutional.

“It’s imperative that there be a whole retraining of the police department that they have to respect the right to protest, and that their response to protest cannot be violence, cannot be abusive, and that they need to protect everybody’s rights,” said Donna Lieberman, the executive director of the New York Civil Liberties Union.

Mayor Bill de Blasio declined comment on the lawsuit’s specific complaints, but said there have been fundamental changes in police strategies in recent years aimed at avoiding confrontations.

“From what I’ve heard of the lawsuit’s allegation, it doesn’t sound right at all to me,” de Blasio said at his daily briefing. “There’s been a conscious effort for seven years now to change the relationship between the NYPD and communities.”

Messages seeking comment on the lawsuit were left with the police department and the agency that provides the city with legal representation.

Tens of thousands of people took to the city’s streets for protests spurred by the May 25 police killing of Floyd in Minneapolis and other instances of police brutality. Looting sprees and sporadic violence led New York City officials to impose a citywide curfew for several days, which led to clashes between protesters and police officers attempting to clear the streets.