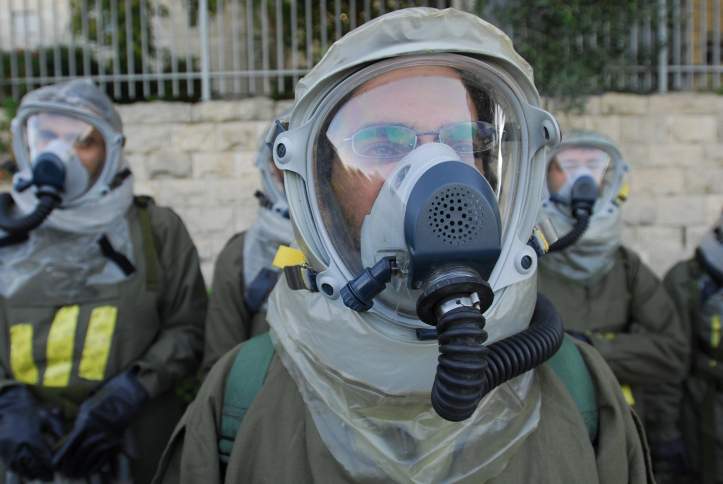 In his most recent report, State Comptroller Matanyahu Englman said on Monday that IDF units charged with preventing attacks by weapons of mass destruction are not sufficiently prepared. He pointed out that training in how to inspect and handle potential chemicals fell below standards.

“Previous comptroller reports, published in 2014 and 2016, also warned that the IDF was underprepared for the event of a chemical attack on the Israeli home front, despite the fact that the use of chemical weapons in war has been a known threat for many years.”

“Other armies are struggling with this threat, including the U.S. military, which sees it as a significant and multifaceted challenge,” the report said.

He recommended that Deputy Chief of Staff, Maj. Gen. Eyal Zamir, “should institute a process to ensure that deficiencies are addressed.”

In a comment last May on this issue, Zamir said the military would review its chemical weapons as part of the IDF’s five-year plan, to the extent that financial resources would be available given the IDF’s other pressing priorities.