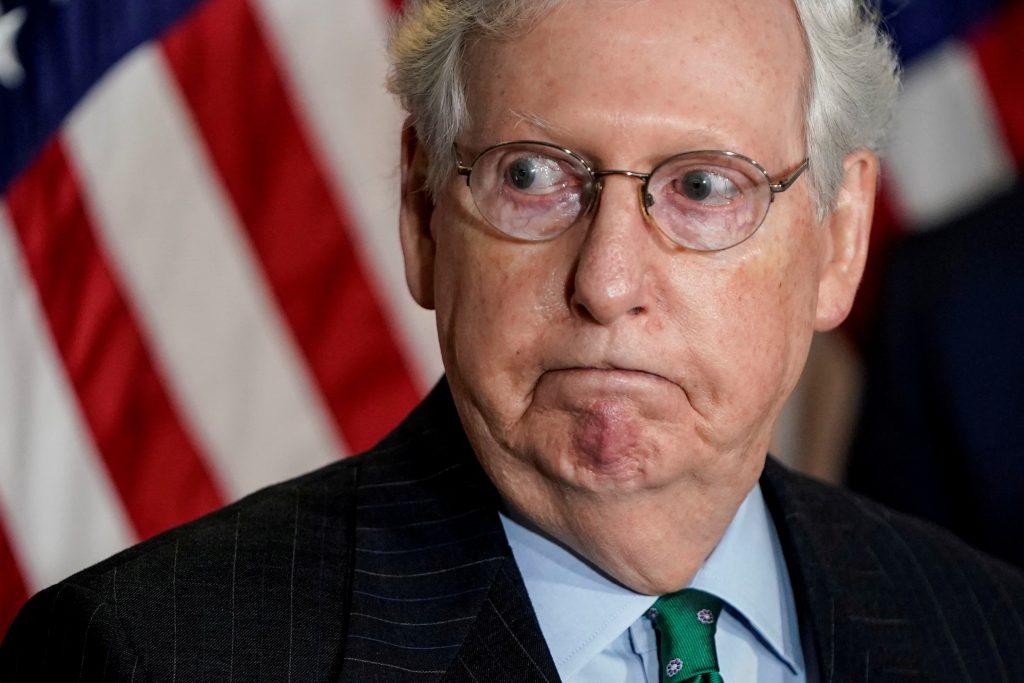 President Donald Trump on Thursday said he is willing to raise his offer of $1.8 trillion for a COVID-19 relief deal with Democrats in the U.S. Congress, but the idea was shot down by his fellow Republican, Senate Majority Leader Mitch McConnell.

The White House proposed the $1.8 trillion in stimulus last week in negotiations with House of Representatives Speaker Nancy Pelosi. Pelosi, the top Democrat in Congress, rejected the offer and has stuck to her demand for a $2.2 trillion deal. The talks appear unlikely to produce an agreement before the Nov. 3 election.

“We like stimulus, we want stimulus and we think we should have stimulus,” Trump said.

McConnell, the top Republican in Congress, noted that a higher amount was under discussion. But he said nearly all Senate Republicans favor a much smaller $500 billion aid bill in response to the pandemic that has killed nearly 217,000 Americans and damaged the economy.

“My members think what we laid out – a half a trillion dollars, highly targeted – is the best way to go. So that’s what I’m going to put on the floor,” McConnell said during an appearance in Henderson, Kentucky.

The Senate bill, which is expected to come to a vote next week, has money for small businesses, aid to schools, liability protection for businesses, unemployment benefits and assistance to hospitals. Democrats have already rejected a similar measure.

Many economists as well as Federal Reserve officials have pushed for another stimulus to blunt the economic pain of the coronavirus pandemic, which has put millions of Americans out of work.

U.S. stocks have slumped in the past couple of days on signs the talks had reached an impasse.