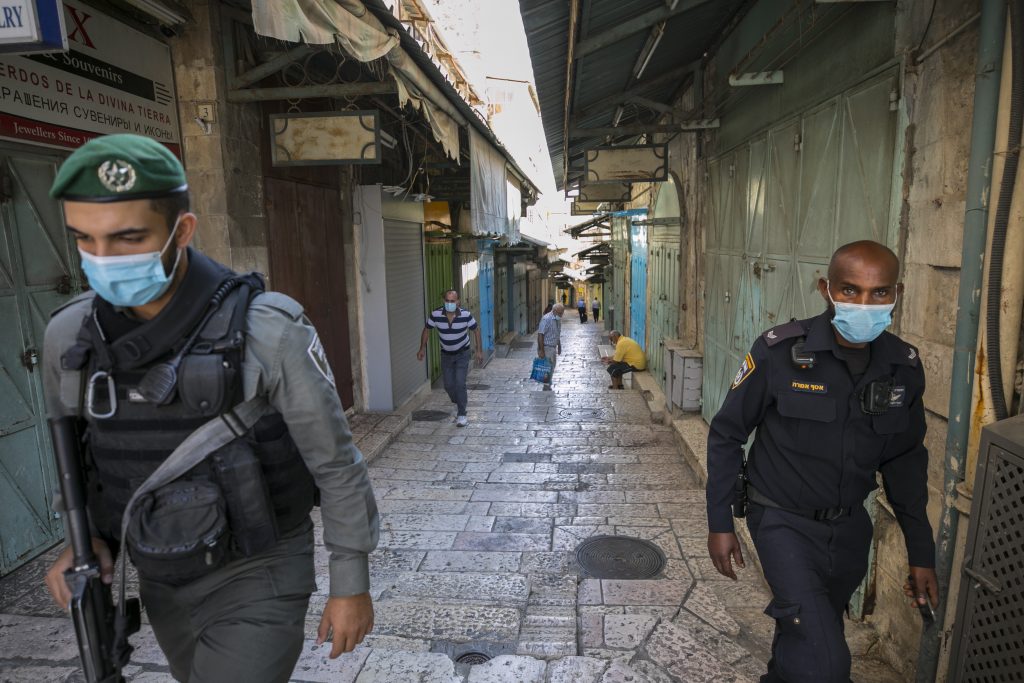 A chassunah that ended in accusations of police brutality on Wednesday night in the Givat Ze’ev neighborhood of Yerushalayim has provoked angry condemnations from chareidi leaders.

A complaint about violation of health regulations brought police to the scene, where they found dozens of people in a private home and told them to disperse.

According to a police statement, “some of those present began to gather around the policemen, interrupted them in the performance of their duties and attacked them.”

It was further reported that “one suspect was arrested for questioning. The owner of the house where the incident took place was fined.”

A video of the incident showed police forcibly removing individuals from the home, women could be heard screaming and objects being smashed in the melee.

Several participants testified that they had been beaten and abused by the police, according to Arutz Sheva.

According to Ynet, the landlord was fined 5,000 for violating the lockdown. Plates and bottles of glass and oil were allegedly thrown at the police officers. One officer and two attendees were said to have been injured.

Israel’s coronavirus czar Prof. Ronni Gamzu, spoke up for the police: “The action of the police is a message to anyone who does not follow the guidelines with impudence and insensitivity. This type of enforcement will continue,” said Gamzu.

Minister of the Interior and Shas chairman Rabbi Aryeh Deri responded to Gamzu’s comment, saying, “It pains me that Prof. Gamzu expressed support for the violent actions at the chassunah in Givat Zeev. Such chutzpah! Why didn’t he support violent dispersal of the protest demonstrations? Or at the beaches? Why not violent closing of businesses operating in violation of the lockdown all over the country? No, only when police break up a chassunah with rifles does he make a comment!”

MK Rabbi Yaakov Litzman (United Torah Judaism) said he was “shocked at the images of the police violence…We cannot accept such conduct from the police, who simply lost control of themselves.” Rabbi Litzman called on Public Security Minister Amir Ohana to initiate an immediate investigation of the incident.

Israeli Prime Minister Binyamin Netanyahu‏‏ was reportedly in contact with Ohana, who said he will investigate the matter thoroughly.