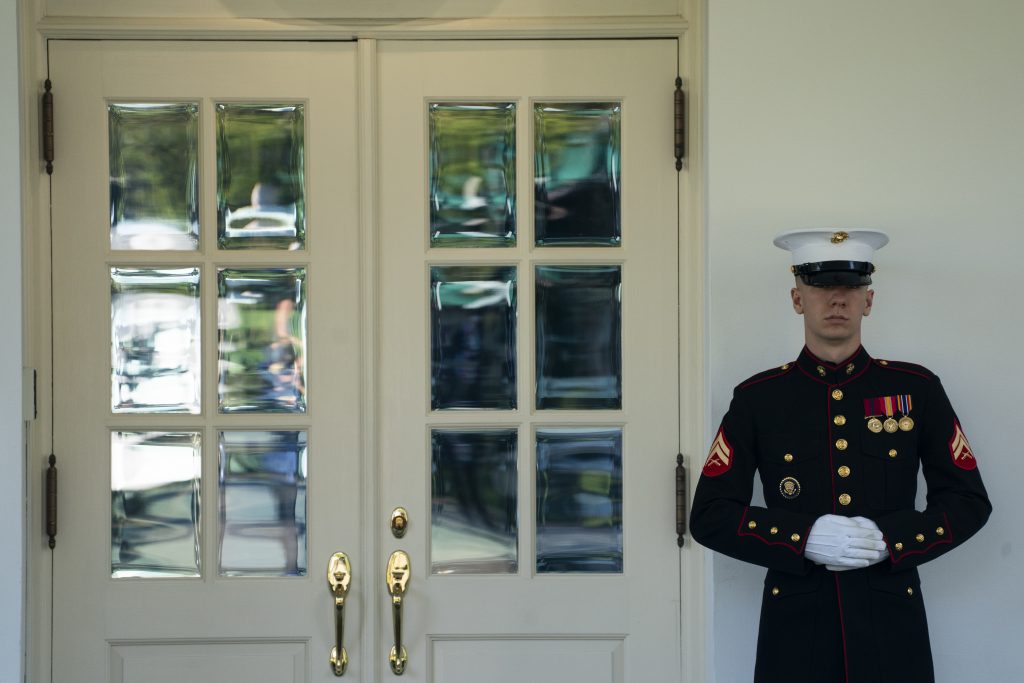 President Donald Trump on Wednesday credited an experimental drug treatment with helping his recovery from COVID-19 and suggested his diagnosis could be a “blessing in disguise” for the nation’s battle against the pandemic.

In a new White House video posted Wednesday evening, Trump said his illness had shed light on an experimental antibody cocktail that he credited for his improved condition. Seemingly sensitive to the fact that his treatment course is far more comprehensive than the care received by average Americans, he promised to swiftly get the drugs approved for use — and distribute it for free.

“I want everybody to be given the same treatment as your president, because I feel great,” Trump said from the Rose Garden. “I feel like perfect.”

Still, questions continue to swirl about the trajectory of his recovery and when he might be able to return to normal activities, including campaigning, less than four weeks before Election Day.

Trump received an experimental antiviral cocktail made by Regeneron through a “compassionate use” exemption, a recognition of the above-and-beyond standard of care he receives as president.

In the video, Trump also continued to downplay the threat of the virus, promising those who are ill that they’re going to “get better fast just like I did.”

Trump posted the video on Twitter Wednesday after aides said he has returned to the Oval Office for a briefing on Hurricane Delta, which is bearing down on the U.S. Gulf Coast, and on economic stimulus prospects —- despite still being contagious two days after he was discharged from Walter Reed National Military Medical Center on Monday,

Aides insisted that only limited staff were around him and that he entered the office from the outside to limit exposure.

Amid questions about when he will return to the campaign trail, Trump also offered a flurry of tweeted broadsides against Democrats and pushed lawmakers to take up piecemeal economic aid proposals after nixing negotiations on a broader assistance package.

Trump’s doctor reported Wednesday that the president continued to make progress in his recovery.

Conley added in a memo that Trump had been symptom-free for over 24 hours, and that his oxygen saturation level and respiratory rate were normal. The memo also said a blood test Monday showed Trump had coronavirus antibodies, substances that fight infection, but he had been given an experimental drug on Friday containing these.

Regeneron Pharmaceuticals Inc. says it’s not possible for this type of blood test to distinguish between antibodies Trump’s body may be making and those supplied by the company’s drug. Most likely, the ones detected in the Monday test are from the drug, the company said.

Still, Trump called the drug “the key” to his recovery.

Access to Trump for White House aides has been extremely limited since his discharge. White House chief of staff Mark Meadows and senior adviser Dan Scavino were among those with the president in the Oval Office, according to officials. Those meeting with Trump are required to wear full personal protective gear to minimize their risk.

Trump could have received his briefings elsewhere in the complex, but the president believed it was important that he be seen working from the Oval, according to a White House official who was not authorized to comment publicly and spoke on condition of anonymity.