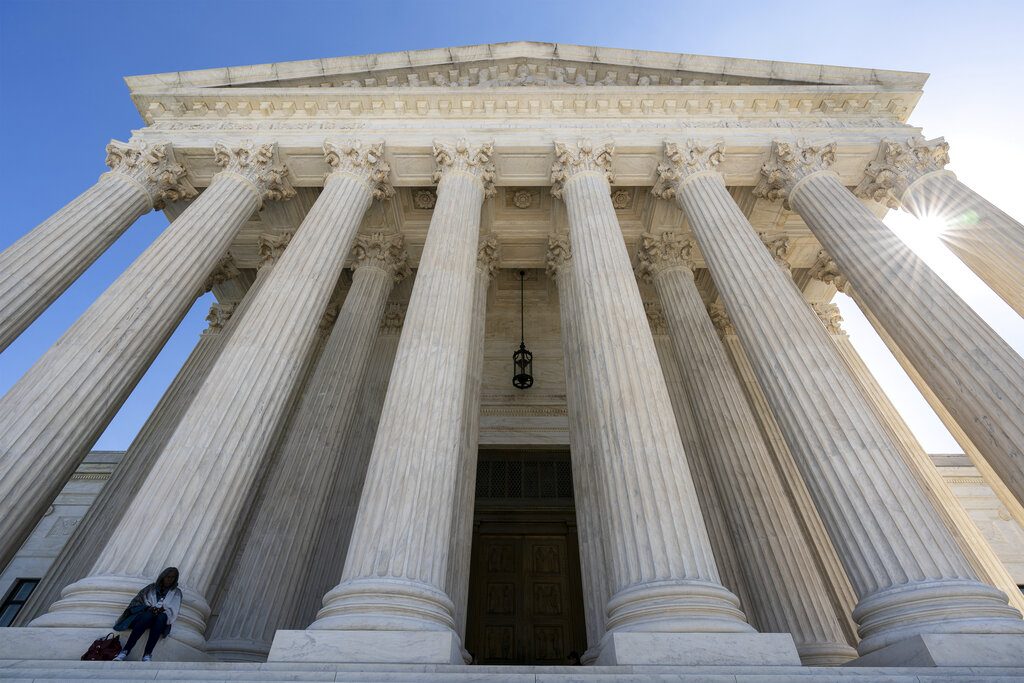 On the Supreme Court’s agenda: the code behind smartphones in the copyright battle between massive corporations.

But on Wednesday the Supreme Court looked to more low tech examples, from the typewriter keyboard to restaurant menus, try to resolve an $8 billion-plus copyright dispute between tech giants Google and Oracle.

The case, which the justices heard by phone because of the coronavirus pandemic, has to do with Google’s creation of the Android operating system now used on the vast majority of smartphones worldwide. In developing Android, Google used some of Oracle’s computer code.

Some justices seemed concerned that a ruling for Oracle could stifle innovation.

Chief Justice John Roberts was among the justices who turned to examples beyond technology to try to get a handle on the dispute, asking Oracle’s lawyer to imagine opening a new restaurant and creating a menu.

“Of course you’re going to have, you know, appetizers first, then entrees and then desserts. Now you shouldn’t have to worry about whether that organization is copyrighted,” Roberts said, suggesting Oracle’s argument went to far.

But Roberts also had strong words for Google’s lawyer. “Cracking the safe may be the only way to get the money that you want, but that doesn’t mean you can do it,” Roberts said, suggesting Google could have licensed what it wanted to use.

To create Android, which was released in 2007, Google wrote millions of lines of new computer code. But it also used 11,330 lines of code and an organization that’s part of Oracle’s Java platform.

Google says what it did is long-settled, common practice in the industry, a practice that has been good for technical progress. And it says there is no copyright protection for the purely functional, noncreative computer code it used, something that couldn’t be written another way. But Oracle says Google “committed an egregious act of plagiarism” and sued.

Justice Sonia Sotomayor was one of several justices who worried about the consequences of ruling for Oracle. She noted that what Google took was “less than 1% of the Java code” and asked why the justices should “upend” the current understanding of what is able to be copyrighted.

The case has been going on for a decade. Google won the first round when a trial court rejected Oracle’s copyright claim, but that ruling was overturned on appeal. A jury then sided with Google, calling its copying “fair use,” but an appeals court disagreed.

Because of the death of Justice Ruth Bader Ginsburg, only eight justices are hearing the case. The questions for the court are whether the 1976 Copyright Act protects what Google copied, and, even if it does, whether what Google did is still permitted.

Microsoft, IBM and major internet and tech industry lobbying groups have weighed in, in favor of Google.

The Trump administration, the Motion Picture Association and the Recording Industry Association of America are among those supporting Oracle.