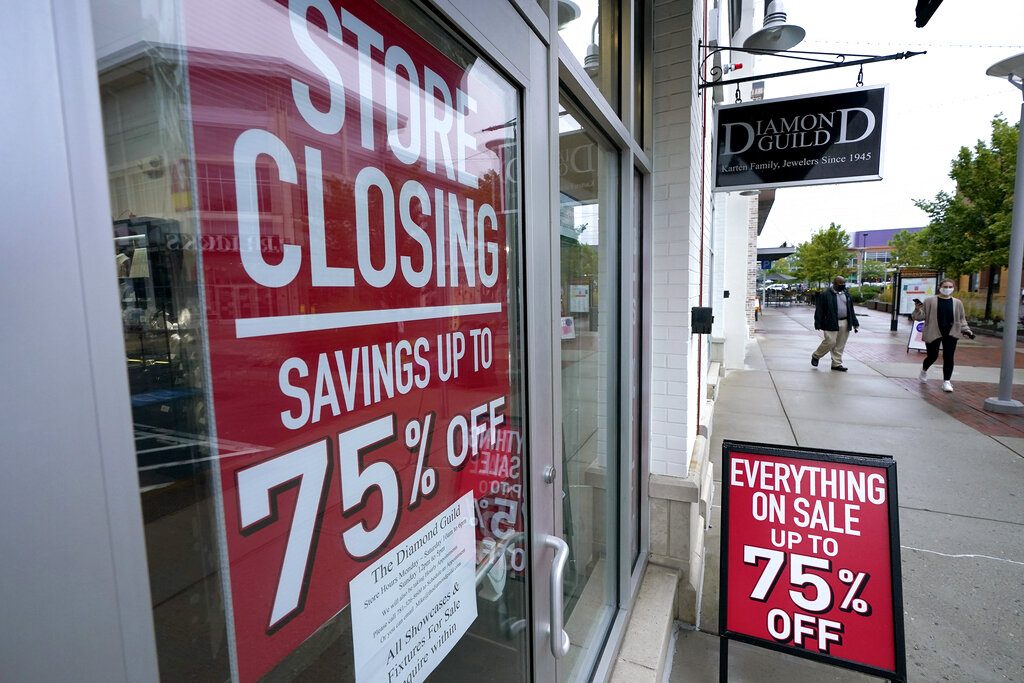 President Donald Trump’s move Tuesday to cut off talks on another government aid package will further weaken an economy straining to recover from an epic collapse, economists say, and deepen the hardships for jobless Americans and struggling businesses.

Half of all small businesses expect to need more aid from the government over the next 12 months to survive, according to a survey by the right-leaning National Federation of Independent Business. Sales for about one-fifth of small companies are still down 50% or more from pre-pandemic levels, the NFIB said.

For roughly 25 million laid-off Americans who are receiving unemployment aid, weekly payments, on average, have shrunk by two-thirds since a $600-a-week federal benefit expired more than two months ago. Trump did provide an extra $300 for six weeks. But that money has also run out.

Economists have warned that without further aid, families across the country will struggle in coming months to pay bills, make rent, afford food and avoid eviction. It could also reduce Americans’ overall incomes to below pre-pandemic levels by year’s end, thereby reducing spending and slowing economic growth. On Tuesday, Federal Reserve Chair Jerome Powell made clear his belief that unless the government supplied additional support, the recovery was at risk of derailing.

“Given what looks to be a growing probability of a second wave of the coronavirus pandemic, we now attach a 50% probability of a recession over the next 12 months,” said Joe Brusuelas, chief economist at tax advisor firm RSM.

If a large stimulus is adopted early next year, the likelihood of a downturn would fall, Brusuelas added.

Oxford Economics projects that without further federal aid, the economy will eke out just a 1% annual growth rate in the current quarter, down sharply from its previous forecast of 4%.

Trump opened the door Wednesday to the possibility of a narrower aid package that would bolster specific industries, notably airlines, or distribute another round of $1,200 stimulus checks to most adults. That prospect sent stock prices surging a day after they had tumbled in the wake of Trump’s tweet ending talks. Yet there was little sign Wednesday that even a smaller-scale agreement would be reached.

“The recovery will continue without it, but it’s going to be a much slower recovery,” Loretta Mester, president of the Federal Reserve Bank of Cleveland, said in an interview on CNBC. “We’re still in a pretty big hole.”

According a Census Bureau survey released Wednesday, one-third of adults are struggling to pay for their usual expenses, including rent, food, car payments and utilities.

“This is a disaster — I don’t know what is going to happen to us,” said Julio Delgado, referring to the end of stimulus talks.

Delgado, who has six children, worked for more than 20 years at a job staging events at the Hynes Convention Center in Boston — until he was laid off this spring.

Delgado’s wife was also laid off from a human resources job at a hospital. Together, they receive about $900 in unemployment aid a week. But that’s all set to expire before the year ends.

After that, Delgado doesn’t know how the family will manage to pay their nearly $2,000 in rent, plus utility bills, car insurance and other payments. His supervisor said he won’t be recalled to his job until March — at the earliest.

On Tuesday, just hours before Trump tweeted his decision to abandon talks on a new rescue package, Powell warned in a speech to business economists, “Too little support would lead to a weak recovery, creating unnecessary hardship for households and businesses.”