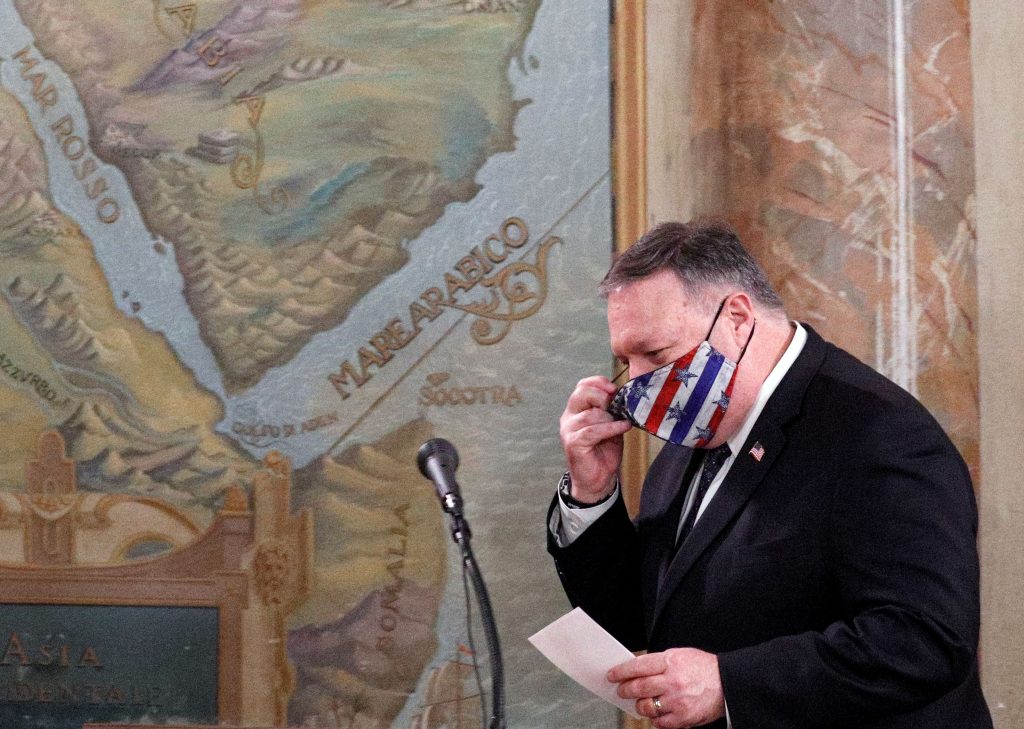 European countries have a fundamental role in supporting the Middle East peace process after the signing of the so-called Abraham Accord, U.S. Secretary of State Mike Pompeo said in an interview on Friday.

“I believe that European leaders have a strategic role … [also in] stemming and rejecting the Islamic Republic of Iran, which still is the greatest force of destabilization in the entire middle eastern region,” Pompeo told Italian daily La Repubblica.

He added that he hoped Palestinians would join the United States, committing to serious negotiations with Israel.

“[The Palestinians] must commit to dialogue,” Pompeo said, when asked what was needed to do so, given that the Palestinian Authority considered the agreements void.