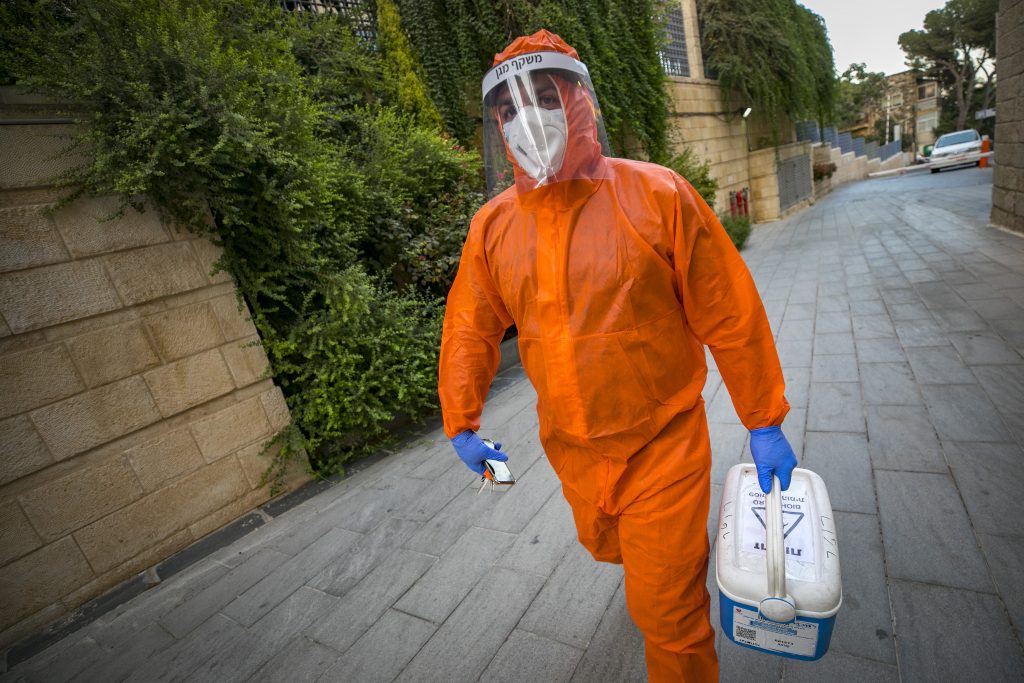 Share prices of Enlivex zoomed 120 percent on the Tel Aviv Stock Exchange on Thursday following news of encouraging results in an early trial of its drug for treating coronavirus patients at Hadassah Hospital in Yerushalayim.

The Enlivex number carried the Tel Aviv Biomed Index along with it, up by 5 percent. In early trading on Nasdaq Thursday, the share price was up 87 percent at $11.11, giving a market cap of $150 million, according to Globes.

However, Globes analyst Guy Ben Simon pointed out that the medical findings so far are rather thin, and the stock market euphoria premature.

“It is difficult, even impossible, to conclude that a trial is a success on the basis of just five patients. They do not represent an adequate sample, certainly in respect of safety, which is usually checked among tens of thousands of patients. But it seems that the thirst for an antidote to the coronavirus led investors to make allowances for the company,” he wrote, adding that the usual details regarding age, gender, preexisting conditions were absent from the hospital report.

Raising a point of ethics, Ben Simon noted that while a clinical trial is usually spread over several hospitals, this was conducted exclusively at Hadassah, “which controls listed company Hadasit Bio-Holdings, which is in turn the main shareholder in Enlivex, raising questions about a possible conflict of interests.”

The last of five coronavirus patients in severe condition who were hospitalized at Hadassah Ein Kerem Hospital in Yerushalayim and were treated with an innovative treatment based on human cells donated by healthy people was released from the hospital on Wednesday after fully recovering.

COVID-19 infection is accompanied by an aggressive inflammatory response which releases a large amount of pro-inflammatory proteins, called cytokines, in an event known as a “cytokine storm.” This immune response to the virus results in an excessive inflammatory reaction. Studies analyzing cytokine profiles from coronavirus patients suggested that the cytokine storm correlated directly with lung injury, multi-organ failure, and the unfavorable prognosis of severe coronavirus.

The new treatment, Allocetra, which is being developed by Israeli company Enlivex, is an immunotherapy that rebalances life-threatening over-activity of the immune system, using the immune system’s own natural regulation mechanisms.

Allocetra is comprised of billions of densely concentrated cells and is infused into the patient’s bloodstream.

Allocetra is designed to prevent cytokine storms and restore a safe immune balance without suppressing the immune system.

All five patients treated with this innovative treatment were discharged healthy from the hospital after treatment of five to six days, and all tested negative on the day of their discharge.

Allocetra was developed on the basis of research by Prof. Dror Mevorach, head of the Internal Medicine and Corona Department at Hadassah, and has already been successfully tried in the past in 10 patients with sepsis, which is considered a serious disease that currently has no cure.