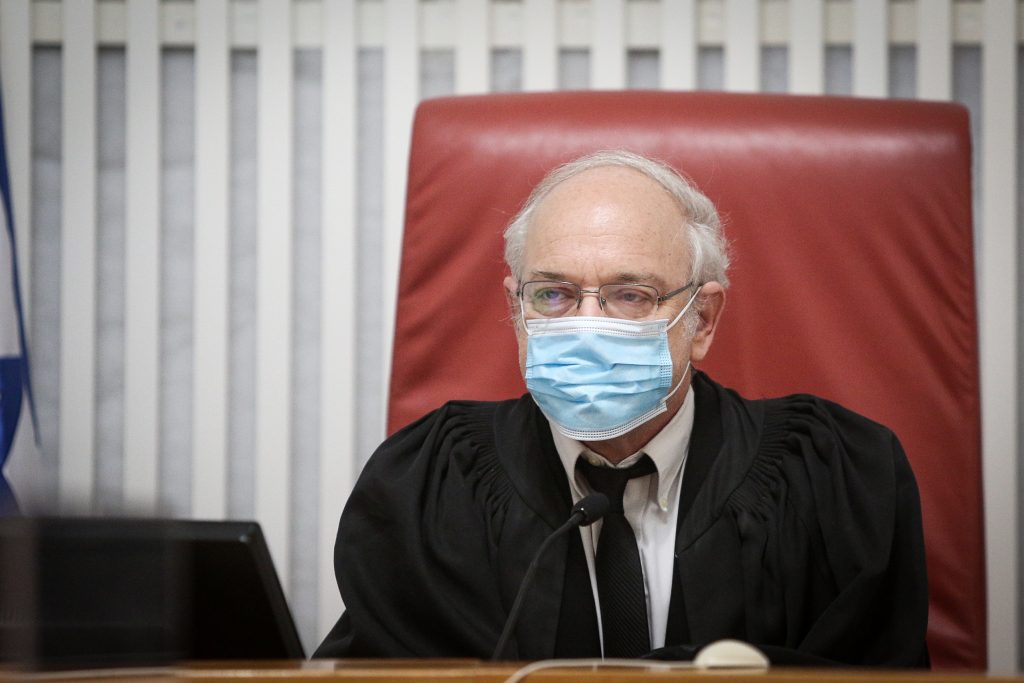 A bid for High Court intervention to override a measure passed by the Knesset to empower the government to clamp down on political demonstrations during the health crisis got a lukewarm response on Wednesday.

In the early morning hours, the Knesset voted to enable the proposed ban on travel over a kilometer (0.6 mile) from one’s place of residence to attend a demonstration.

Justice Neal Hendel gave the government a week — until October 7 — to respond to the Movement for Quality Government’s petition, according to a the plaintiffs on their Twitter account.

In its appeal to the High Court, the Movement claimed that the new regulations constitute “grave harm to the rights of demonstrators,” and that the new rules are “disproportionate,” as there is little concrete evidence of infection at outdoor demonstrations.

Another obstacle the government has to overcome: Attorney General Avichai Mandelblit informed the ministers that law will not go into effect until the cabinet formally votes to enact it. The Justice Ministry is now preparing a draft of a cabinet vote, which could take place as soon as Wednesday night, according to The Times of Israel.

The court’s decision not to issue an immediate stay on the measure, and giving the government a week to answer without setting a date for a hearing, was interpreted by The Jerusalem Post as a “signal that it will likely wait out the petition at least until the initial three weeks pass, and possibly longer.”

Meanwhile, the anti-Netanyahu “Black Flags” movement announced “demonstrations of hope” to be held in 1,000 locations around the country on Thursday and Motzei Shabbos, as well as events throughout the lockdown.