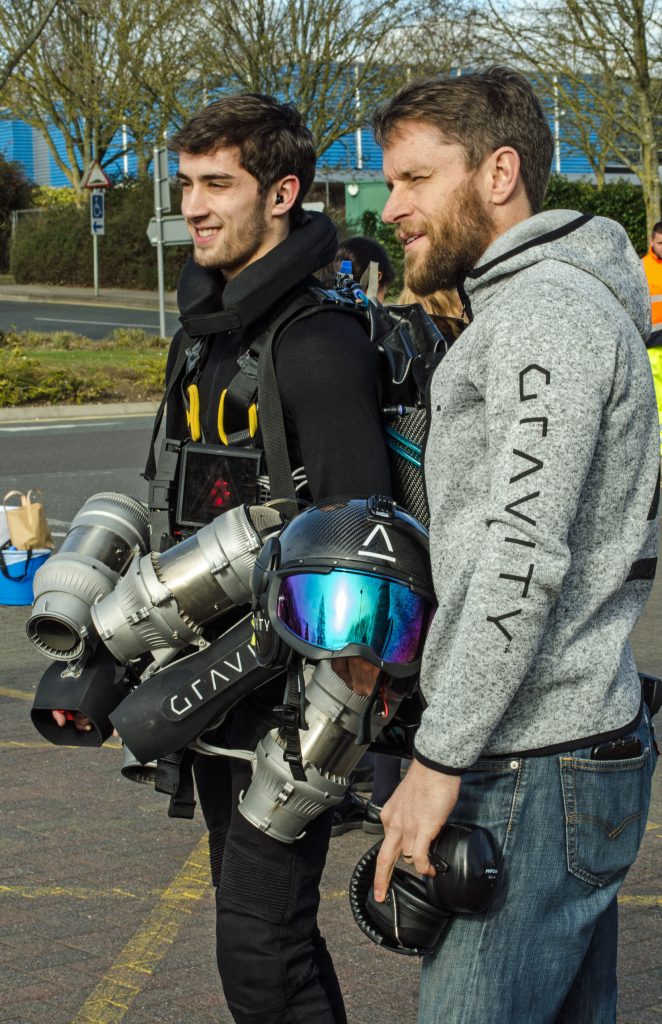 Paramedics in England’s remote, rugged Lake District region have been testing a jet suit that gets them to people in danger or distress in a fraction of the time it would take to travel by car or on foot.

Test pilot and suit inventor Richard Browning hovered and moved a few meters above the rough terrain with the help of small jets mounted on his arms and back.

“Who knows what the future holds but this is a start we are very proud of,” Browning said.

“The potential is just huge,” said helicopter paramedic Andy Mawson. “The first flight in Cumbria from a jet suit that is going to save lives and ease suffering – an incredible moment.

“It’s absolutely astounding how quickly we’re going to be at somebody’s side that needs us.”

In one test simulation, a 10-year-old girl had fallen from cliffs and sustained a serious leg injury.

After receiving the coordinates of the casualty, Browning, dressed as a jet suit paramedic, set off across rocky hills and picturesque scenery to successfully reach the girl in only 90 seconds.

The paramedic could then assess her injuries and provide treatment at the scene.

It would have taken 25 minutes for responders on foot to navigate the same terrain, the company said.

The Lake District in northern England is an area popular with novice hikers, despite its harsh terrain and fast-changing weather systems.