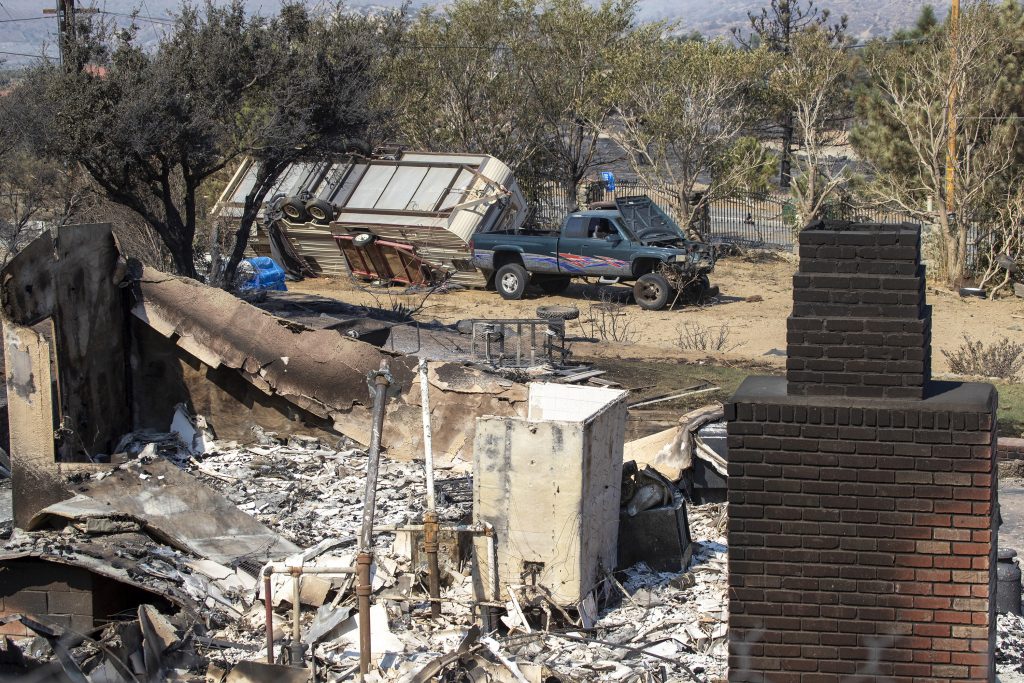 LFire officials announced continued success in the fight against the massive Bobcat fire, with U.S. Forest Service officials reporting the blaze is 50% contained.

“Progress continues to be made on containment,” the Forest Service said in a tweet Thursday morning. “Fire activity has moderated and only 253 acres were added overnight, for a total of 113,986.”

Containment estimates for the destructive fire are now holding steady at Sept. 30, one month earlier than initially projected. It’s something fire crews attribute to cooperative weather and the successful placement of containment lines around much of the blaze’s vast perimeter.

“A lot of it came down to doing tactical firing and securing lines,” said Forest Service spokesman Larry Smith, adding that “hard work, a lot of firing operations, positive winds and higher relative humidity” also played a role in getting a foothold on the fire.

Smith also said the fire’s transition from the Angeles National Forest — which is full of dry vegetation that hasn’t burned in many decades — into the low-lying desert terrain of Juniper Hills and the Antelope Valley helped slow the spread of the flames.

“It’s not as receptive for spot fires,” he said, “and it’s a lot easier to get mechanical equipment out there.”

Evacuation orders are beginning to be lifted as well. The Los Angeles County Sheriff’s Department, which lifts evacuation orders, says it will lift more orders and notices once fire officials give “the OK that there is no fire risk to anyone’s safety.”

“It is only after all the command agencies — fire, forestry, L.A. County, (California Highway Patrol) — are in agreement,” Deputy Graciela Medrano said.

Evacuation orders remain in place for several communities in the Angeles National Forest and the foothills north of the blaze. Evacuation warnings also remain for Pasadena, Altadena and other areas threatened by the fire.

Smith said Thursday’s firefighting efforts would remain on the western and far northeastern fronts of the blaze.

The cause of the fire remains under investigation, although officials are looking into Southern California Edison utility equipment around Cogswell Dam that experienced an incident minutes before the reported ignition of the fire nearby.

The Bobcat fire has destroyed nearly 50 structures, more than two dozen of them homes.

A smoke advisory remains in effect Thursday, according to the South Coast Air Quality Management District, which noted that smoke from the Bobcat and El Dorado fires was drifting northwest.

As of Thursday, 8,000 wildfires have burned at least 3.6 million acres in California. The Bobcat fire is now considered one of the largest in L.A. County history.