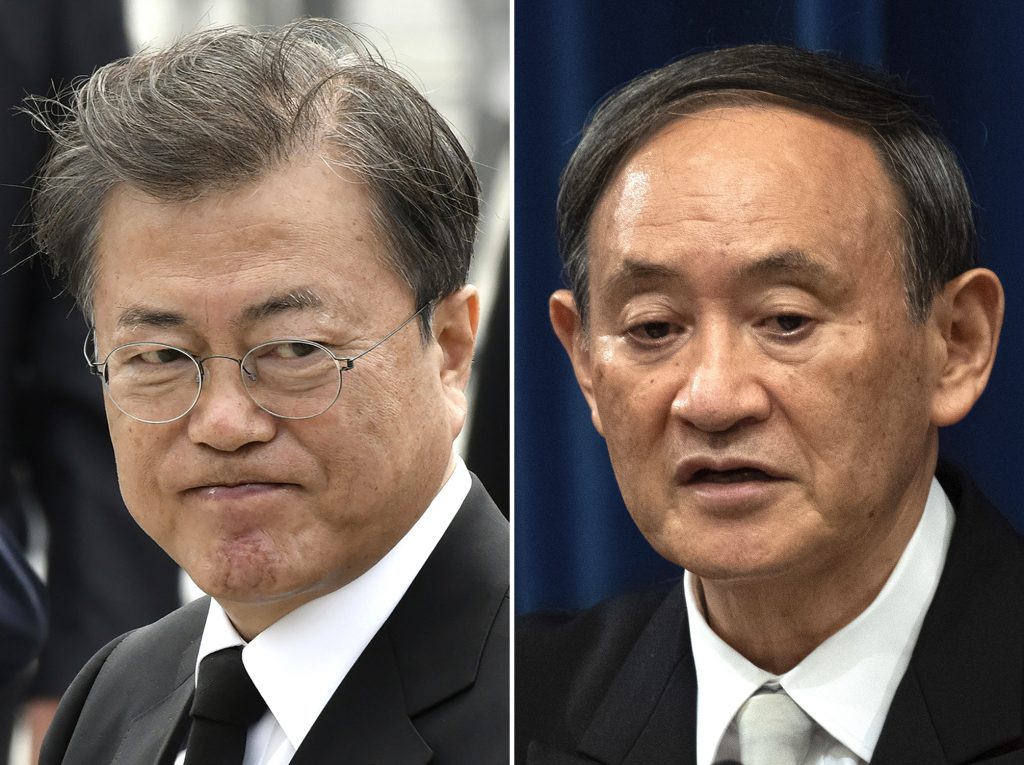 The talks, proposed by South Korea, were the first contact in nine months between leaders of the two countries. Relations between Japan and South Korea deteriorated to their worst levels in years under Suga’s predecessor, Shinzo Abe, a military hawk viewed by some as not apologetic enough over Japan’s colonial rule of the Korean Peninsula from 1910-1945.

“I told President Moon that relations between the two countries are in a very severe condition right now and we should not leave this unresolved,” Suga told reporters. “Japan and South Korea are extremely important neighbors to each other. In dealing with North Korea and other issues, I believe Japan-South Korea and Japan-U.S. cooperation are crucial.”

The dispute spilled over into trade and military issues, complicating cooperation between the two key American allies. Moon accused Abe’s government of weaponizing trade to retaliate over the legal dispute.

Suga did not give any details Thursday about steps Japan would take to improve the relationship. He appeared to indicate Japan’s position on the compensation was unchanged and he put the burden of easing tensions on South Korea.

“Based on Japan’s consistent positions on the various problems, I plan to continue to strongly urge South Korea to take appropriate actions,” Suga said.

Suga took office last week after Abe stepped down due to poor health.

He has been holding telephone talks with other global leaders, including a call with U.S. President Donald Trump on Sunday. A call with Chinese President Xi Jinping is expected Friday.

Suga, who was Abe’s chief cabinet secretary, is largely expected to carry on Abe’s diplomatic and security policies.