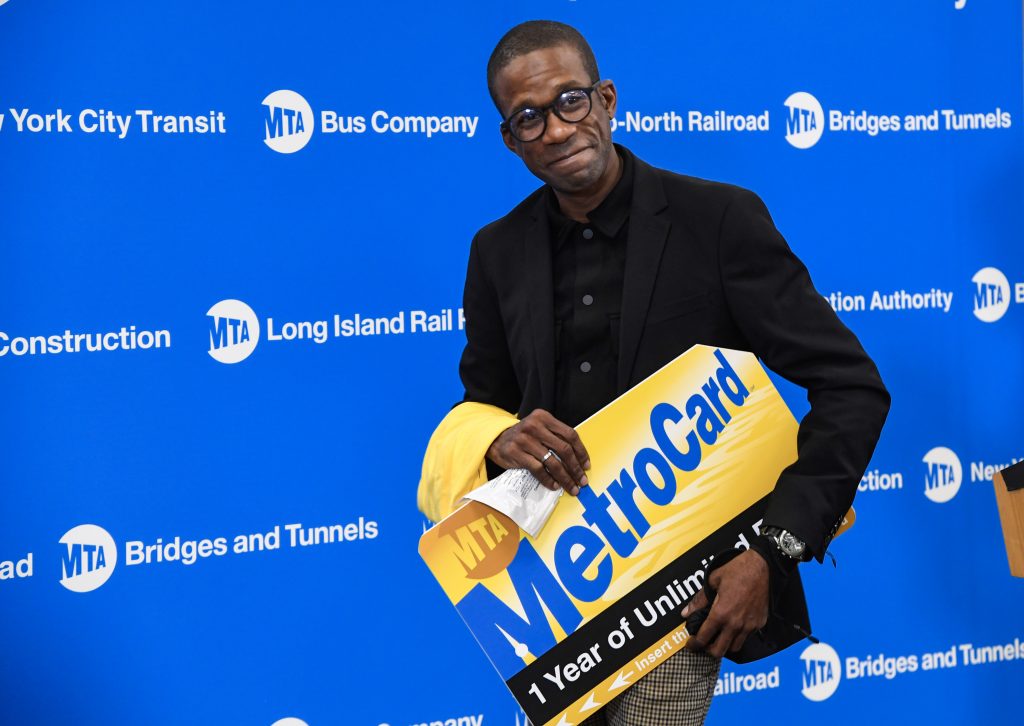 Rikien Wilder, whose heroic actions on Sunday, September 19, led to the arrest of the man charged with causing the derailment of an A train at 14 St, was honored on Wednesday, September 23 by top Metropolitan Transportation Authority (MTA) officials. In recognition of his bravery, Wilder received a year of free unlimited subway and bus rides.

Wilder, 44 and originally from Red Bank, N.J., lives in Manhattan and was at the 14 St station on Sunday morning when he saw a man placing debris on the tracks. Just before a train passed through the area, Wilder climbed down to the tracks and removed some of the debris. He then notified MTA personnel before returning to the platform, where he observed once again the same man placing more debris on the tracks, causing a northbound A train to derail. Wilder chased down the suspect and held him on the station mezzanine until police arrived and arrested him.

None of the passengers aboard the derailed train were injured.

“New Yorkers are known for putting others ahead of themselves, and that’s exactly what Rikien Wilder did,” said Patrick J. Foye, MTA Chairman and CEO. “While we don’t want members of the public placing themselves in danger by jumping onto the tracks, this brave [hero] is a hero three times over – for removing debris, alerting personnel, and making sure the alleged perpetrator could not get away before police arrived. He truly exemplifies the best of New York.”

Following the incident, emergency response crews from NYC Transit worked through the night to repair and replace hundreds of feet of damage to tracks, third rail and pillars, successfully performing the Herculean task of restoring normal service in time for the Monday morning rush.