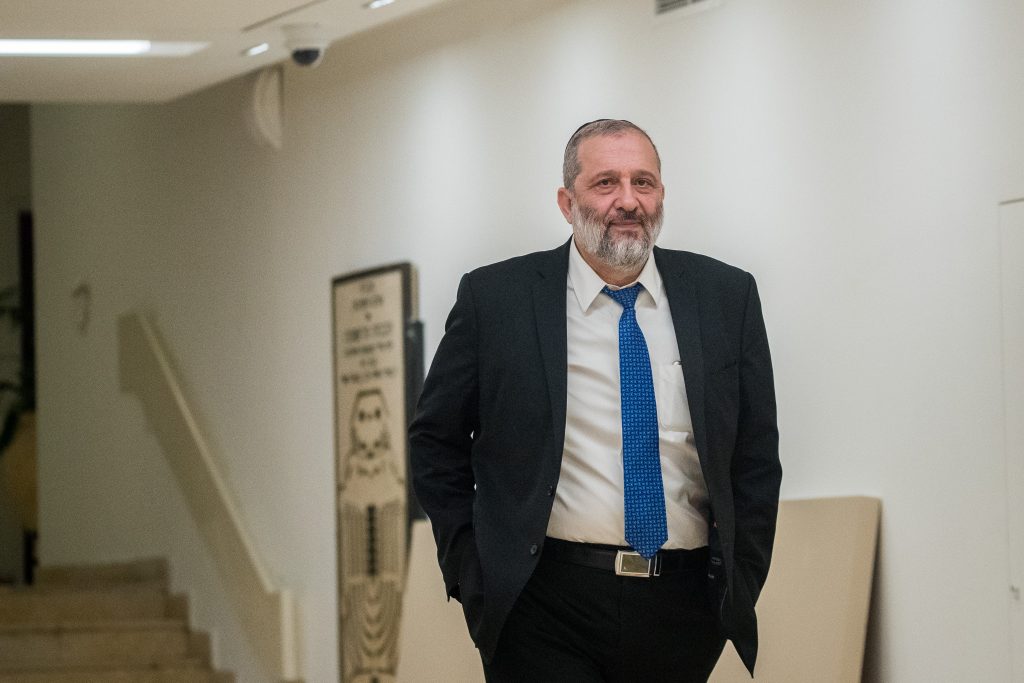 After several hours of reportedly heated debate over whether to impose more stringent regulations on the movements and activities of the public, the coronavirus cabinet adjourned on Tuesday night without reaching any conclusions.

Ministers are hoping to resolve the issues at their next meeting on Wednesday and then publish a new list of guidelines.

“The decisions will be no later than tomorrow,” Prime Minister Binyamin Netanyahu said.

Prayer versus free speech was at least one of the issues heating up the cabinet meeting on Tuesday where ministers were deliberating whether to tighten the nationwide lockdown, and in particular how to approach Yom Kippur and Sukkos.

Prime Minister Binyamin Netanyahu was quoted by Channel 12 as saying:

“For a long time, I refrained from commenting on the issue but after I heard the experts say that gatherings are a huge danger to public health, it’s my obligation to address it. The entire public is required to comply with the rules and only a group of protesters is exempt from the [law].”

“You can go to the Western Wall only if you live within 1,000 meters, but to Balfour [Street, where the prime minister’s residence is located], you can come from around the country. This farce must end. This is an emergency and we must have one rule for both prayer and protests and all other gatherings. Otherwise, the public won’t listen to the rules and we will see the infection rate reach terrible levels,” Netanyahu said.

Interior Minister Rabbi Aryeh Deri sided with Netanyahu in seeking equal treatment for mispallelim, while some Blue and White ministers, including Justice Minister Avi Nissenkorn, object, saying they should be dealt with separately, according to Channel 12.

Rabbi Deri threatens to quit the government if shuls were shuttered on Yom Kippur while political demonstrations were allowed to continue.

“We are a Jewish and democratic government, but for me the Jewish part comes first. A government that will say yes to demonstrations and no to prayer on Yom Kippur is, from my perspective, not a Jewish government and I won’t be able to stay in such a government,” he said, according to The Times of Israel.

Asher said the system and guidelines for tefillah and arba minim already approved by the government had been carefully worked out by the Health Ministry to ensure public safety and that there was no need to change them.

“Such a step would unravel the regulations that were agreed upon with hard work and harm the ability to halt the increase in infections,” he said.

Beit Shemesh Mayor Aliza Bloch said on Tuesday that “synagogues are not the enemy of the nation.”

She added that “Rosh Hashanah taught us that the public understood the importance and made adjustments to its customs from years past. The discussion should be that one does not close a synagogue but how to preserve the sanctity of Yom Kippur along with keeping all the rules and precepts on the health of the worshipers.”

On Rosh Hashana this year, large minyamin were divided into smaller ones and scattered throughout neighborhoods in order to observe distancing regulations and mispallelim wore masks.

MKs from the left-wing Meretz party defended their right to demonstrate despite soaring infection rates.

“Twenty-eight thousand newly unemployed in the past day alone. But the protests [are the problem],” tweeted MK Tamar Zandberg sarcastically.

Meretz chairman Nitzan Horowitz tweeted: “My position is clear: Precisely in times of crisis, we have an obligation to uphold the right to protest and demonstrate.”

The anti-Netanyahu protests, held several times weekly outside his Yerushalayim residence, have continued during the current lockdown. The attorney general outlined rules for distancing with participants to be divided into “capsules,” but that did not appear to be implemented during last weekend’s protest.

The cabinet addressed an array of issues, according to media reports, including reducing employee numbers in the private business sector activity by 50%; reducing public sector workers to emergency numbers only; closing shuls; banning gatherings over Sukkos; shutting marketplaces, including those for arba minim; and heightened enforcement on restrictions for mikveh use.

Economy Minister Amir Peretz held out against revising the current restrictions in general, arguing that further changes would create confusion. “The public is internalizing the regulations and beginning to implement them, there is no reason after five days to issue new instructions,” he said.

There were 3,858 new patients diagnosed with coronavirus on Tuesday, the Health Ministry reported, plus another 990 between midnight and Tuesday evening. Of those screened – only 34,400 – 11% tested positive.

Some 668 patients were listed in serious condition, including 159 intubated.

Proponents of a more stringent lockdown have cited the number of seriously ill as evidence that the hospital system is in danger of collapse if the infection rate does not come down significantly in the coming days. They note that at least two hospitals have already said they are full to capacity and cannot admit any more Covid-19 patients.