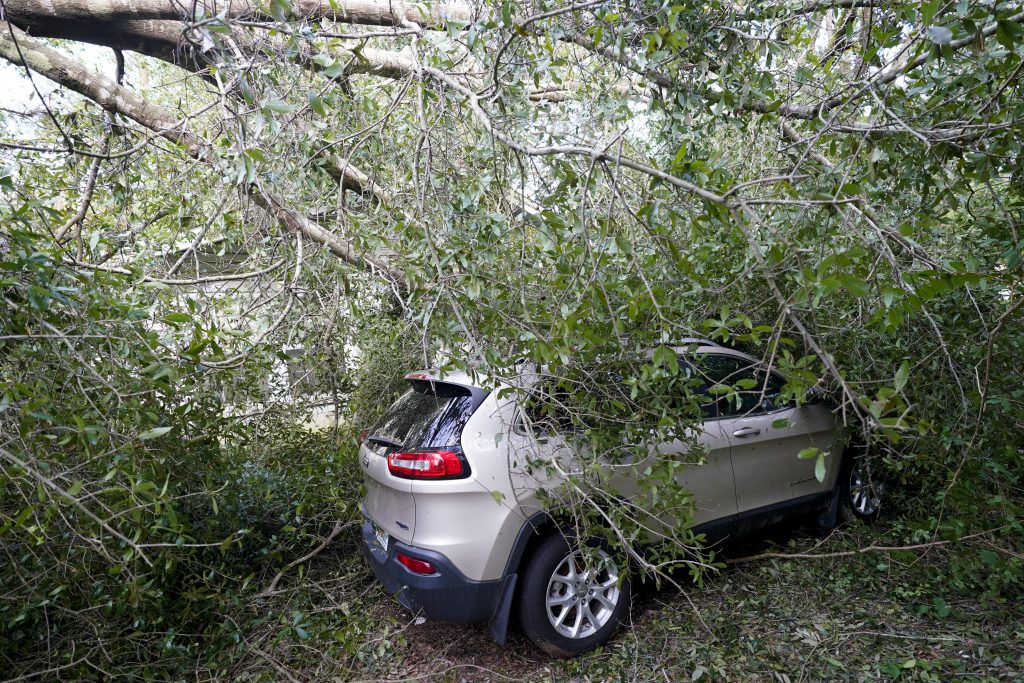 A second death from Hurricane Sally was reported Friday in Alabama, on a day that also saw the National Hurricane Center have to resort to using the Greek alphabet for storm names in a record-setting season.

Baldwin County coroner Dr. Brian Pierce said the person who died, in the Foley area, was involved in storm cleanup. He gave no other details on the death.

Another person in the county died Wednesday morning, apparently by drowning, as the hurricane was blowing through.

And in Florida, authorities were looking for a missing kayaker who was feared dead, Escambia County Sheriff David Morgan said. The U.S. Coast Guard is looking for the man who went out on the day of the storm.

“We’ve been telling everyone how fortunate we are about not having any deaths. [But] we may have our first hurricane-related death,” the sheriff said.

Meanwhile, far east in the Atlantic, Subtropical Storm Alpha formed. It is only the second time the Hurricane Center has had to use the Greek alphabet after running out of its traditional storm names. The only time they had done this before was in the deadly 2005 hurricane season, during which Hurricane Katrina devastated New Orleans.

Alpha came just hours after Tropical Storm Wilfred formed in the eastern Atlantic, using the last of the traditional names for tropical systems. That storm’s maximum sustained winds Friday morning were near 40 mph. Slight strengthening was possible during the day but weakening should start over the weekend, the U.S. National Hurricane Center said.

Wilfred was centered about 630 miles west-southwest of the Cabo Verde Islands, and was moving west-northwest near 17 mph.