World Pompeo: U.S. Will Do All It Needs to Do to Ensure Iran Sanctions Enforced
World 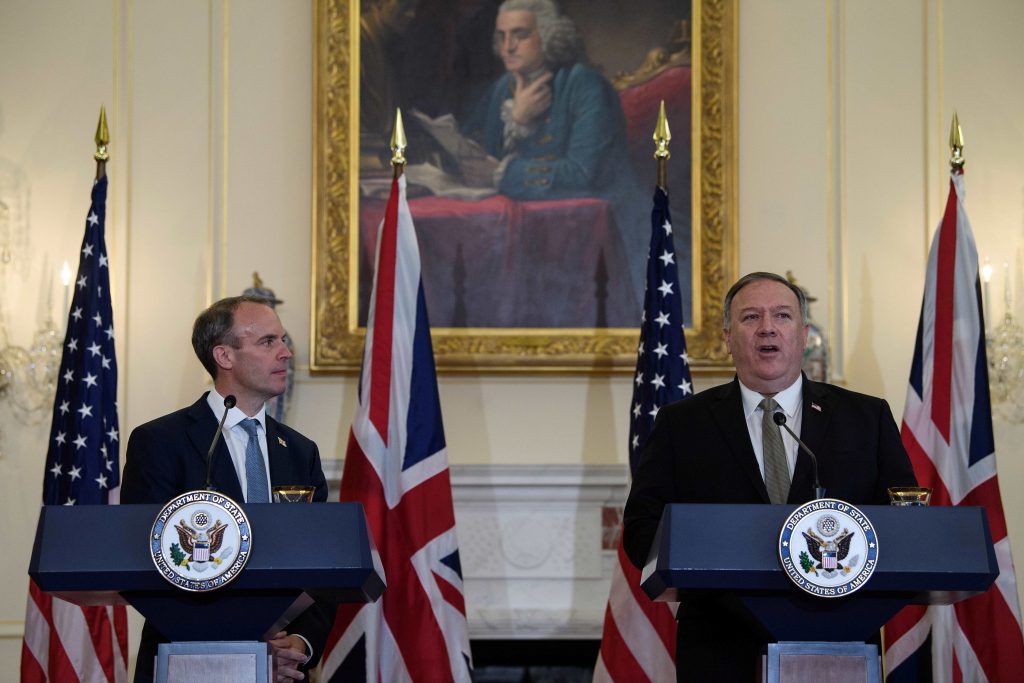 Secretary of State Mike Pompeo said on Wednesday the United States would return to the United Nations to reimpose sanctions on Iran next week and would do all it needed to do to make sure those sanctions are enforced.

Pompeo made the comments in a joint news conference in Washington with British Foreign Secretary Dominic Raab.

Pompeo said last month he had triggered a 30-day process to reimpose all U.N. sanctions on Iran by lodging a complaint with the Security Council accusing Tehran of breaching a 2015 nuclear deal. Pompeo has said sanctions should be reimposed from Sunday.

But 13 of the 15 council members said the U.S. move is void because Washington quit the nuclear deal two years ago and diplomats say few countries are likely to reimpose U.N. sanctions.