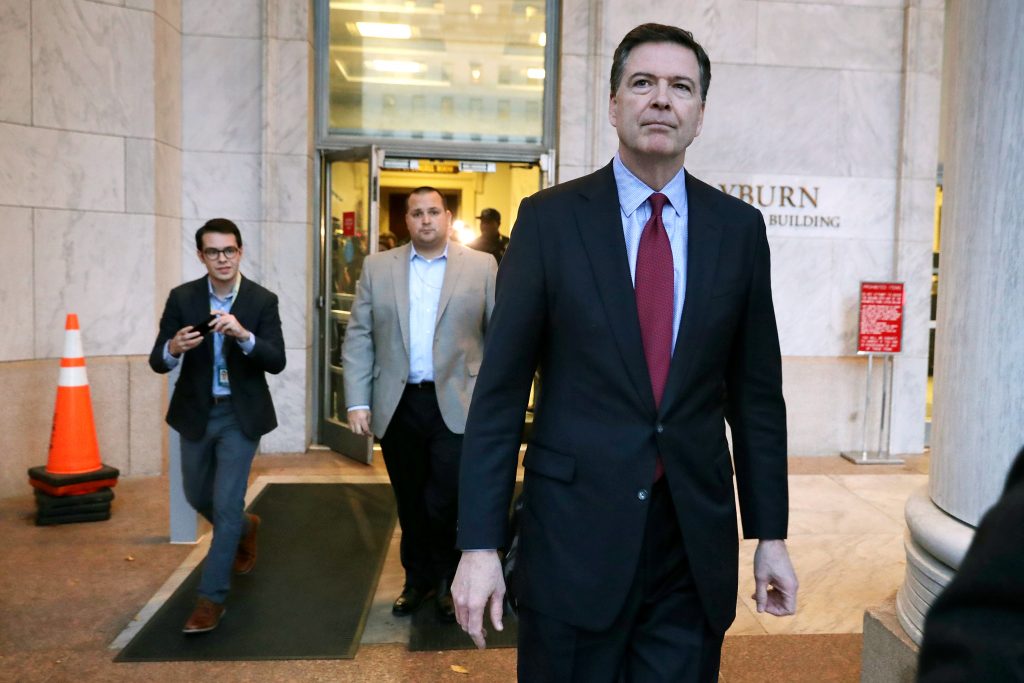 Former FBI Director James Comey has agreed to testify before the Senate Judiciary Committee on Sept. 30, appearing just a month before the presidential election as Republicans have tried to make the case that he and his agency conspired against Donald Trump in 2016.

Comey, whom Trump famously fired in May 2017, will be a featured witness in Senate Judiciary Committee Chairman Lindsey Graham’s investigation into the origins of the Justice Department’s Russia probe. The president has long tried to discredit that investigation, which concluded with a 2018 report by special counsel Robert Mueller, calling it a “hoax.” Graham said he also invited Mueller to testify but that Mueller had declined.

“The day of reckoning is upon us when it comes to Crossfire Hurricane,” Graham told Fox News host Sean Hannity Wednesday night.

“He (Comey) will be respectfully treated but asked hard questions.”

“Crossfire Hurricane” was the FBI investigation into alleged links between the Trump campaign and foreign agents wishing to influence the United State’s political process.

The president and his supporters have argued that Mueller’s report, which found Russia interfered in the election “in sweeping and systematic fashion,” was a “witch hunt” that treated President Donald Trump unfairly.

Graham, 65, finds himself neck-and-neck with Democrat Jaime Harrison, who according to a Quinnipiac poll published Wednesday, is dead even with him among likely voters in their race. Graham won the Palmetto State by nearly 16 points in 2014 and expects to prevail again. He told Fox that that poll was “very flawed,” but said his campaign is still taking it seriously.

According to the poll, likely voters said Harris was honest by a margin of 48% to 24% while 49% said Graham is dishonest and 40% take him at his word.

Graham was targeted in a June ad by Republican Voters Against Trump that juxtaposed negative things he said about the president before the 2016 election with flattering things he has said about Democratic nominee Joe Biden.