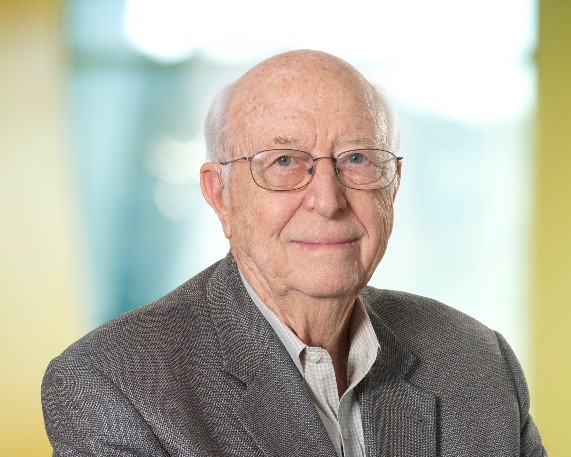 William H. Gates Sr., a Seattle law firm founder and civic leader who helped his son, tech billionaire Bill Gates, establish what became the Bill & Melinda Gates Foundation, one of the largest private philanthropies in the world, died Sept. 14 at his home on Hood Canal, near Seattle. He was 94.

He had Alzheimer’s disease, his family said in a statement announcing the death.

Gates cultivated a self-assured presence that vaulted him to the forefront of his community’s legal and political establishment.

To his surprise, his son, a Microsoft co-founder and Harvard University dropout who always seemed to resist parental authority, not only surpassed him in wealth and influence but installed him as co-chairman of the family foundation that has become a leader in anti-poverty and global-health initiatives.

“I never imagined that the argumentative young boy who grew up in my house, eating my food and using my name, would be my future employer,” Gates once quipped to a Seattle audience of nonprofit executives.

The son of a furniture-store owner, the elder Gates was indelibly shaped by his Depression-era upbringing in working-class Bremerton, across the Puget Sound from Seattle. His father often brought home stray pieces of coal that had fallen off delivery trucks for use heating their home. After Army service in World War II, Gates attended law school on the G.I. Bill and prospered as a corporate lawyer.

He helped build Preston Gates & Ellis – now K&L Gates – into one of Seattle’s premier law firms. As president of county and state bar associations, he raised funds for legal aid for the poor. In addition, he immersed himself as a trustee, officer and volunteer in organizations such as United Way and Planned Parenthood.

By the mid-1990s, Gates was recently widowed and on the cusp of retirement when his son and daughter-in-law asked him to oversee the requests for funding that began pouring into their new family philanthropic organizations. To winnow the deluge of mail, Gates initially relied on a system of cardboard boxes stored in his basement.

Its endowment grew into the tens of billions of dollars, with businessman Warren Buffett vowing in 2006 to donate the majority of his $44 billion fortune to the foundation and several other philanthropies. Gates became deeply involved in dispensing hundreds of millions of dollars annually in grants.

In time he became a roving ambassador for the foundation, while chief executive Patty Stonesifer – a former senior Microsoft official with whom he shared the title of co-chairman – focused on management and strategy. She credited Gates with helping “dramatically scale up” staffing and serving as a “cultural leader” as the organization grew.

“He led deeply with this idea that, as corny as it sounds, to whom much is given much is expected,” said Stonesifer, who left as CEO in 2008 and later headed the social service organization Martha’s Table in Washington.

“He never had a sense of entitlement,” she added. “He was the one who made sure we did everything with head but also heart. He didn’t think any effort was too small to learn about.”

William Henry Gates II was born in Bremerton on Nov. 30, 1925. After Army service in the Pacific, he entered the University of Washington and received a bachelor’s degree in 1949 and a law degree in 1950. The next year, he married Mary Maxwell and they had three children.

In a 2009 Wall Street Journal interview, Gates recalled his sometimes contentious relationship with his son, whose independent streak made him prone to outbursts against parental control. Gates once lost his lawyerly cool, dousing his boy with a glass of water in an effort to calm him down.

“Thanks for the shower,” his son replied.

Gates and his wife gradually eased up, sending their son to a private school known for its leniency and indulging his interest in computers. Gates had once hoped to see his son follow him into law but did not resist too strenuously when he quit Harvard and started Microsoft in 1975 with a friend, Paul Allen. The company became an industry powerhouse in the 1980s and made the younger Gates the face of the information technology revolution.

For years, Gates’s law firm was one of Microsoft’s preferred legal providers, assisting in its defense during the long-running antitrust suit against the company over the bundling of its popular Internet browser with the Windows 95 operating system. (Microsoft and the Justice Department reached a settlement in 2002.)

Mary Gates, a community volunteer who sat on many corporate boards before her death in 1994, pushed her son early on to start a charitable foundation. The elder Gates said he viewed himself as a caretaker for the foundation until his son gradually stepped back from daily operations at Microsoft.

Beyond the foundation, Gates remained involved in civic life by overseeing a multibillion-dollar fundraising campaign for the University of Washington. He was inducted into the American Academy of Arts and Sciences in 2003 and received the American Bar Association’s highest award in 2009.

He co-wrote two books, one musing on life lessons and the other a defense of the estate tax.