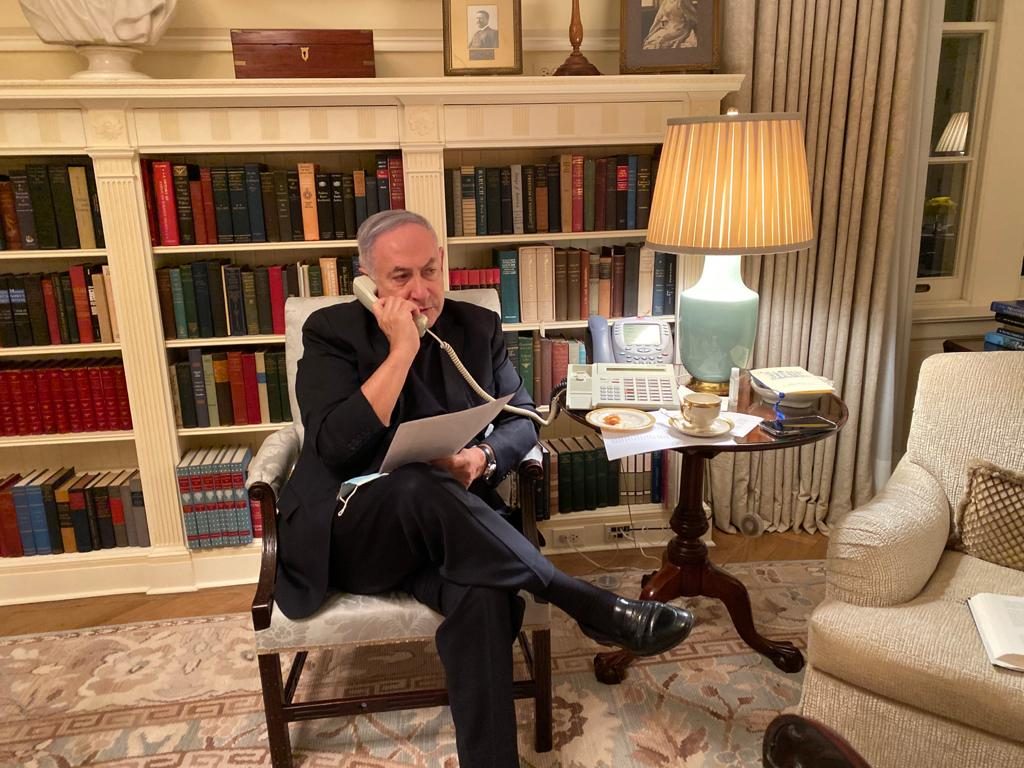 Further details are emerging on the signing of the normalization agreements planned for the White House on Tuesday, as well as Israeli Prime Minister Binyamin Netanyahu‏‏s’ plans during the visit.

Approximately 1,000 people are to attend the ceremony, which will see PM Netanyahu and the foreign ministers of the United Arab Emirates and Bahrain formally establish diplomatic relations.

Before the signing, Netanyahu is scheduled to meet with President Donald Trump, who brokered the diplomatic breakthrough, Channel 12 news reported Monday.

Meanwhile, from Washington, Netanyahu was monitoring developments in the coming nationwide lockdown aimed at stopping the spread of the coronavirus in Israel.

The statement from his office was at least partially aimed at opposition critics who charge he should not be abroad while the country is in crisis.

Asked Monday morning if the ceremony could have been postponed, cabinet minister Tzachi Hanegbi told Army Radio, “You can’t postpone peace or war.”

Netanyahu’s itinerary does not include a meeting with Democratic presidential nominee Joe Biden.

Asked about it, an Israeli official said, “What we’re here for is only the ceremony. [The possibility of a meeting] has not been raised. [Netanyahu] is closed off at the Blair House. He’s not going anywhere else.”