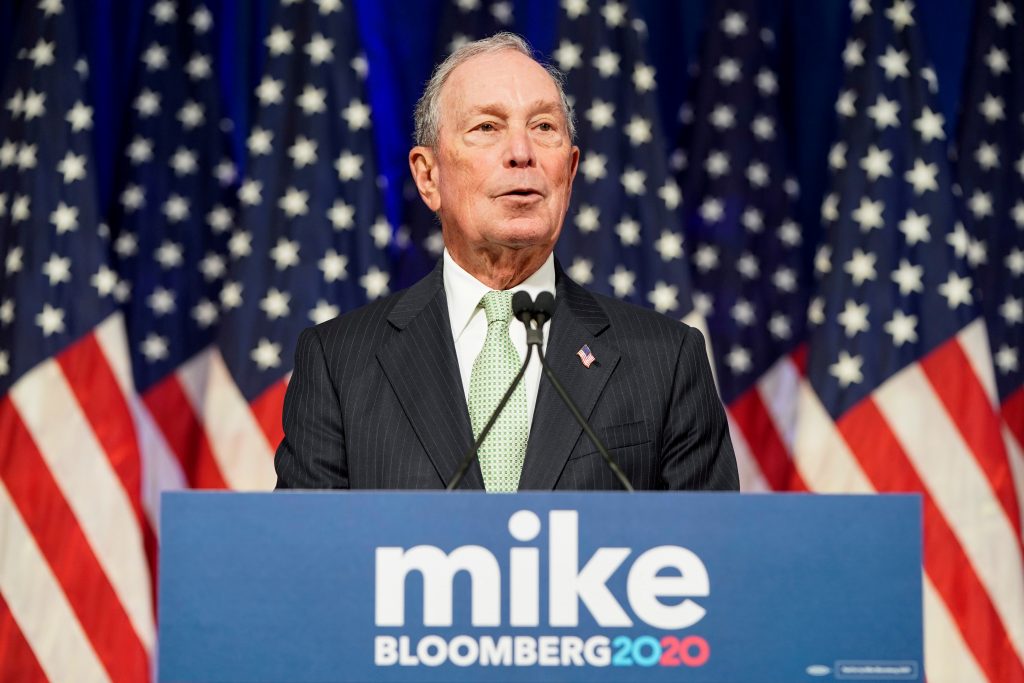 Billionaire Michael Bloomberg, who spent hundreds of millions on his 2020 Democratic presidential bid before dropping out, plans to infuse at least $100 million in Florida to help Democrat Joe Biden’s effort against Republican President Donald Trump in an important swing state, The Washington Post reported on Sunday.

Bloomberg advisers said the former New York City mayor made his decision last week after news reports that Trump was considering spending up to $100 million of his own cash in his adopted state, the newspaper said.

The Republican president, who trails Biden in national opinion polls before the Nov. 3 election, told reporters last week that he would spend his own money if needed.

Trump’s reelection campaign and the Republican National Committee on Wednesday said they raised a combined $210 million in August, falling far short of matching Biden’s record-breaking haul of $364.5 million for the month.

Polls in Florida have tightened in recent weeks and Bloomberg thought that was a good place to focus on, his advisers told the Post.

“Voting starts on Sept. 24 in Florida so the need to inject real capital in that state quickly is an urgent need,” Bloomberg adviser Kevin Sheekey told the Post. “Mike believes that by investing in Florida it will allow campaign resources and other Democratic resources to be used in other states, in particular the state of Pennsylvania.”

The New York Times last week reported that Trump’s initial financial supremacy over former Vice President Biden earlier this year had evaporated, and that of the $1.1 billion his campaign and the party raised from the beginning of 2019 through July, more than $800 million already had been spent.