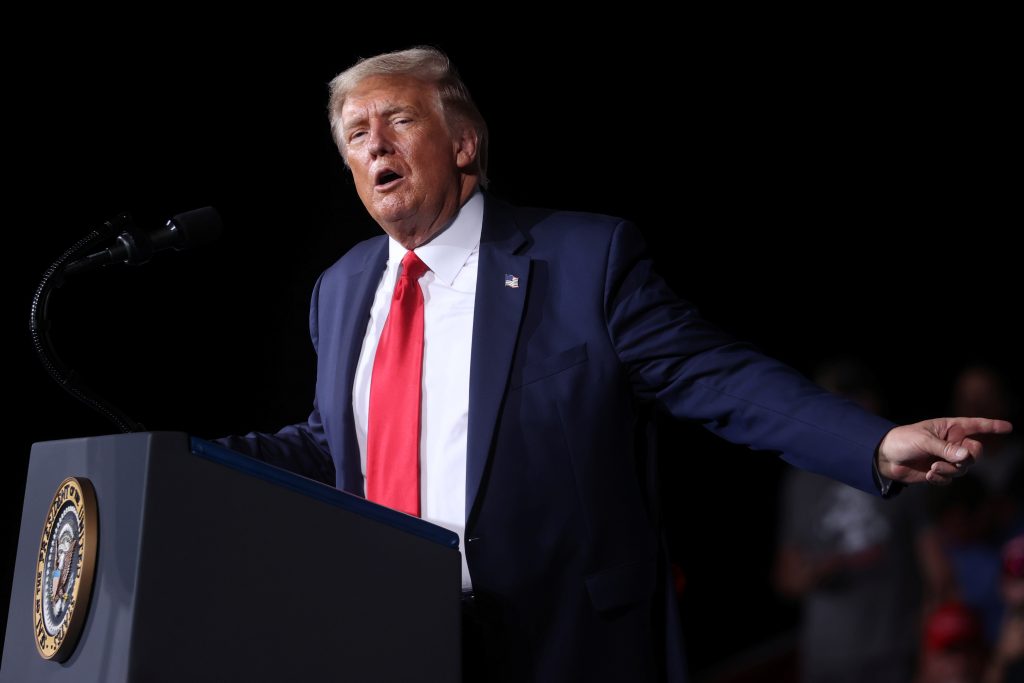 President Donald Trump was nominated for the Nobel Peace Prize for his efforts in reaching the normalization agreement between Israel and the United Arab Emirates, Fox News reported on Wednesday morning.

Christian Tybring-Gjedde, a member of the Norwegian Parliament and chairman to the NATO Parliamentary Assembly, submitted the nomination.

Tybring-Gjedde had previously submitted a nomination for Trump to receive the Nobel Peace Prize in 2018 for his Singapore summit which hosted North Korean leader Kim Jong-un.

“For his merit, I think he has done more trying to create peace between nations than most other Peace Prize nominees,” Tybring-Gjedde, a four-term member of Parliament who also serves as chairman of the Norwegian delegation to the NATO Parliamentary Assembly, told Fox News.

In his nomination letter to the Nobel Committee, Tybring-Gjedde said the Trump administration has played a key role in the establishment of relations between Israel and the UAE and this can expand across the Middle East. “As it is expected other Middle Eastern countries will follow in the footsteps of the UAE, this agreement could be a game changer that will turn the Middle East into a region of cooperation and prosperity,” he wrote.

In addition to the Israel-UAE deal, the nomination letter to the Nobel Committee cited Trump’s “key role in facilitating contact between conflicting parties… such as the Kashmir border dispute between India and Pakistan, and the conflict between North and South Korea.”

Tybring-Gjedde said that his nomination is not about trying to curry favor with the president. He said he is “not a big Trump supporter.”

“The committee should look at the facts and judge him on the facts – not on the way he behaves sometimes,” he continued. “The people who have received the Peace Prize in recent years have done much less than Donald Trump.

“For example, Barack Obama did nothing,” he told Fox News, referring to the former president’s Nobel Peace Prize win in 2009 for, according to the Nobel Committee, his “extraordinary efforts to strengthen international diplomacy and cooperation between peoples.”

The Nobel Peace Prize is one of six Nobel Prize categories, alongside physics, chemistry, physiology or medicine, literature and economics. The prize is awarded on December 10 every year.

Besides Obama, three other U.S. presidents have won the Nobel Peace Prize: President Theodore Roosevelt in 1906 for “having negotiated peace in the Russo-Japanese war”; President Woodrow Wilson in 1920 for being the “leading architect of the League of Nations”; and President Jimmy Carter in 2002 for “his decades of untiring effort to find peaceful solutions to international conflicts.”