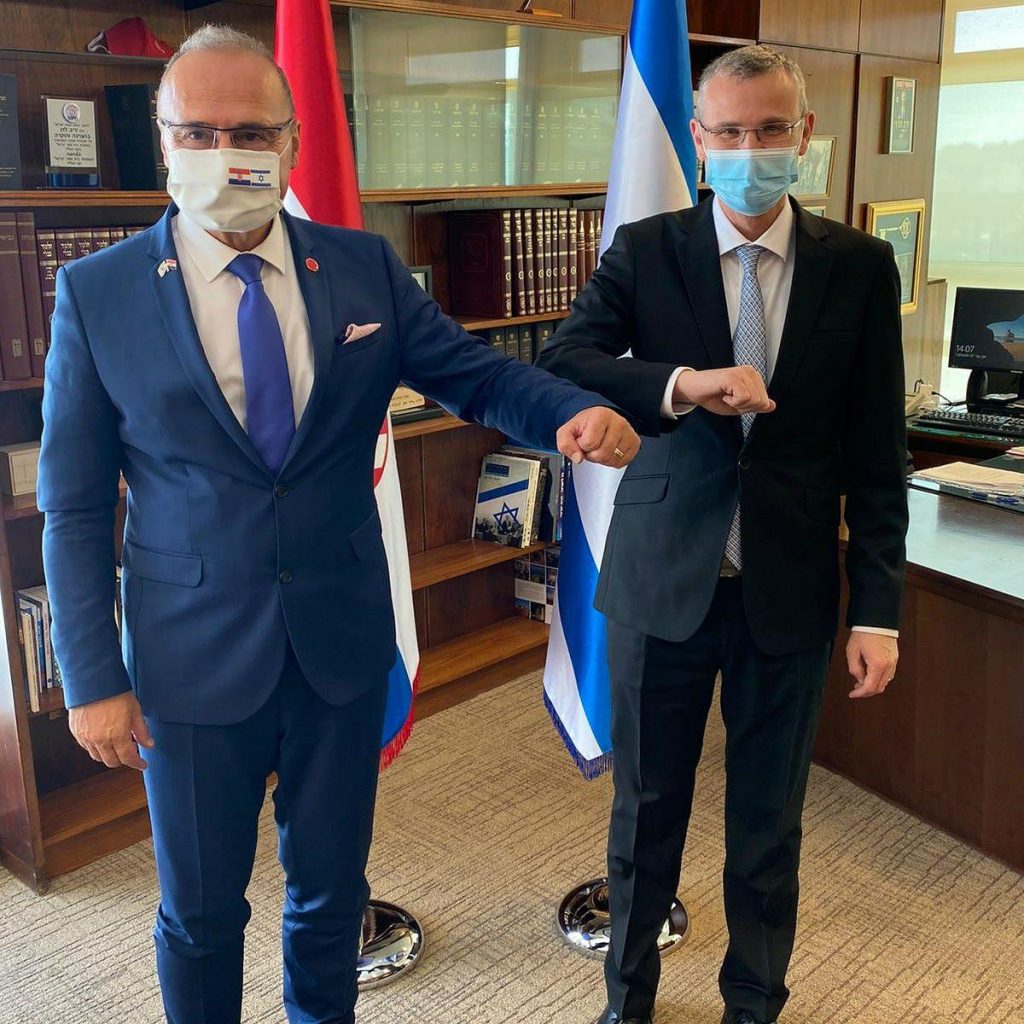 Levin thanked Minister Grlić-Radman for the visit and for Croatia’s policy towards Israel, and expressed his appreciation for the strengthening of the relations between the two countries.

During the meeting, Levin urged Minister Grlić-Radman to work toward relocating the Croatian Embassy to Yerushalayim. Levin further called to resume the sanctions against Iran with full force in order to halt the advancement of the Islamic Republic’s nuclear program and stop its terror activity around the world.