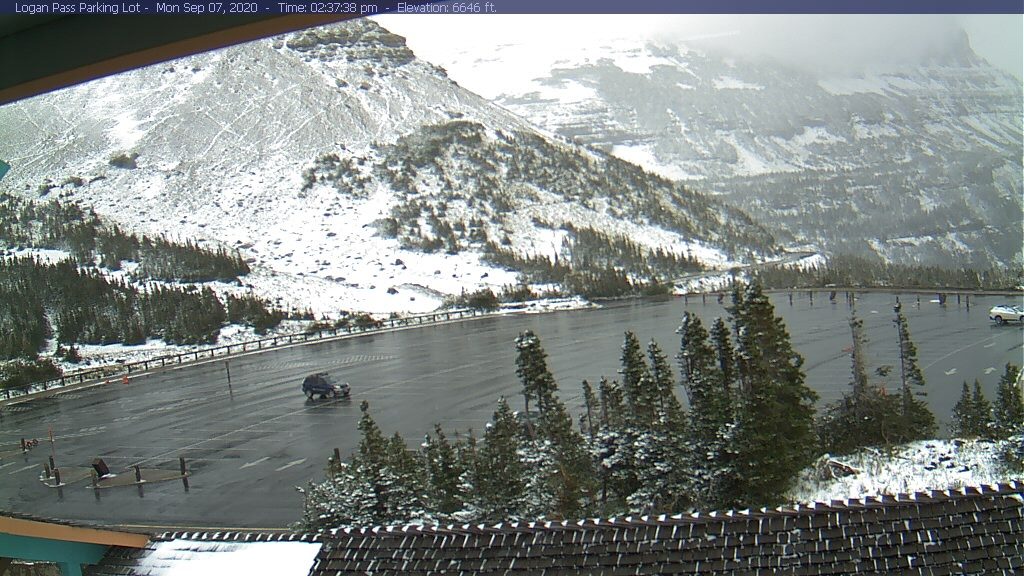 An “unseasonably strong storm system for September” is expected to impact much of the U.S. Rocky Mountains this week.

Snow was falling at Logan Pass in Glacier National Park in Montana on Monday, and was expected move into Wyoming later in the day. Areas of Utah and Colorado were due to see snow by Tuesday morning. Wind gusts up to 75 miles per hour were forecast in some areas of eastern Utah.

The Oil City News reports in Natrona County, Wyoming a winter storm warning will be in effect staring at 6 p.m. Monday until noon Tuesday, with heavy snow forecast.

Natrona could see snow accumulations of 5-8 inches (12 to 20 centimeters), according to the NWS in Riverton. Wind gusts up to 45 mph (72 kph) are also in the forecast.

“Travel may become difficult due to slick and slushy roads, and low visibility in falling snow,” the winter storm warning states. “Damage may occur to trees and power lines, possibly leading to power outages.”

Snow is expected to mix with rain by 7 p.m. “with a change over to snow by 9 p.m.,” the NWS in Riverton says. “Wind chills are expected to be as low as the teens.”

In Colorado, forecasters expect a powerful cold front to move in Monday into Tuesday.

Accuweather reported that temperatures tied a record high of 97 degrees Fahrenheit in Denver on Sunday afternoon, while a winter storm watch was in effect for the metro area. With forecasters predicting a low of 33 degrees on Monday night, this could be a record-setting temperature drop.

“This would be the earliest in recorded history that a swing of this magnitude occurs,” AccuWeather Meteorologist Jake Sojda said. “With a forecast high in the low to mid-90s on Monday, and then a low in the low to mid-30s Monday night, this event could fall in the top five all-time for one-day changes, but will likely fall a little short of the all-time record”.

ABC News reports “it’s not out of the question to see 6 inches of snow in the highest elevations, however places like Denver and Boulder, Colorado, won’t see more than a trace of slushy snow before it gets washed away by rain.”