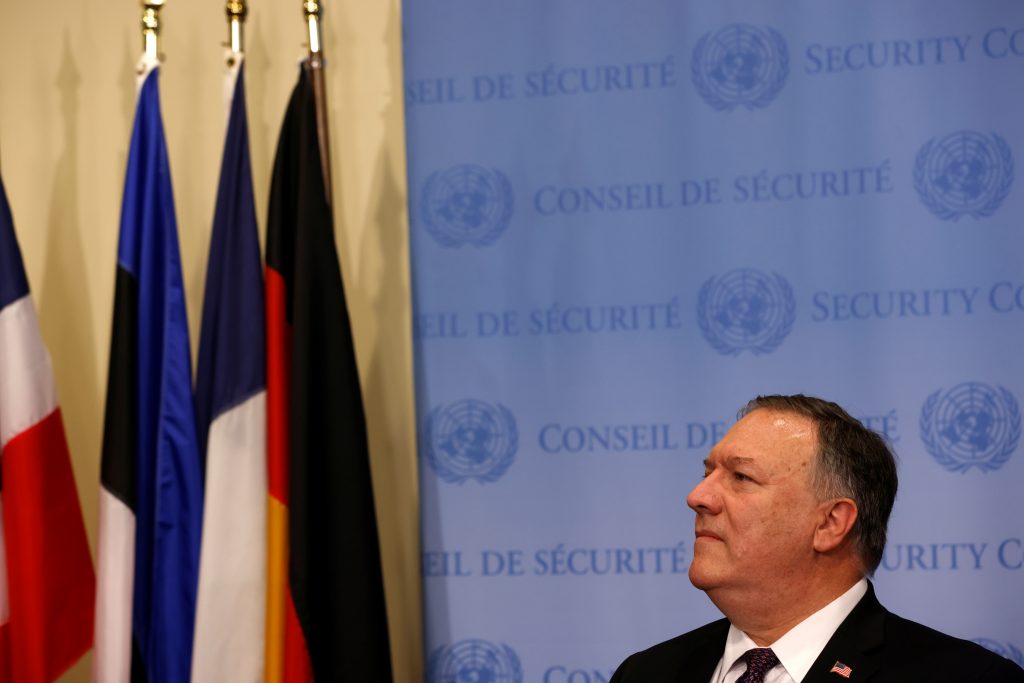 The United States on Thursday imposed sanctions on 11 foreign companies, accusing them of helping to facilitate Iran‘s export of petroleum, petroleum products and petrochemicals in violation of American sanctions.

The Treasury said it slapped sanctions on six companies based in Iran, the United Arab Emirates and China that it said enable the shipment and sale of Iranian petrochemicals and support Triliance Petrochemical Co. Ltd., a Hong Kong-based company blacklisted by the United States.

The State Department also imposed sanctions on five companies for engaging in transactions related to Iran’s petroleum and petrochemical industry, as well as on three executive officers of the blacklisted companies.

“Our actions today reaffirm the United States’ commitment to denying the Iranian regime the financial resources it needs to fuel terrorism and other destabilizing activities,” Secretary of State Mike Pompeo said in a separate statement.

The move freezes any U.S. assets of those blacklisted and generally bars Americans from dealing with them.

The action targets Iran‘s Zagros Petrochemical Co., which the Treasury said agreed to sell Triliance hundreds of thousands of tons of Iranian petrochemicals this year.

Triliance, a Hong Kong-based broker, was hit with sanctions in January over accusations it ordered the transfer of the equivalent of millions of dollars to the National Iranian Oil Co. as payment for Iranian petrochemicals, crude oil and petroleum products.

Tensions between Washington and Tehran have spiked since Republican President Donald Trump unilaterally withdrew in 2018 from the Iran nuclear deal struck by his Democratic predecessor, Barack Obama, and began reimposing sanctions that had been eased under the accord.