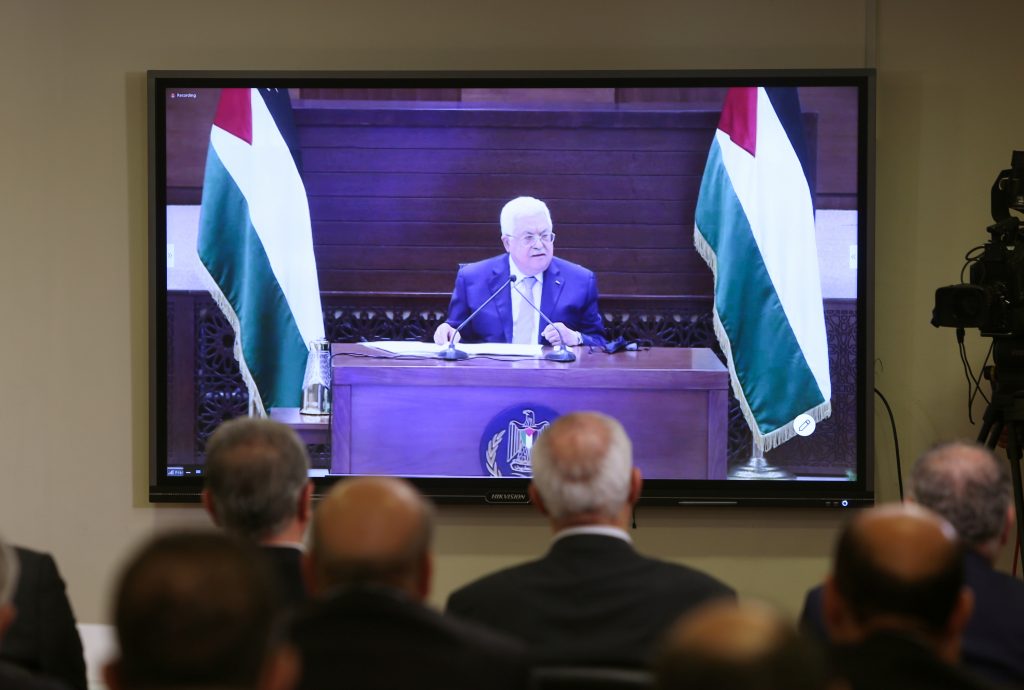 Palestinian Authority President Mahmoud Abbas on Thursday decried the Israel-UAE normalization process which has sidelined the Palestinians and infuriated its leaders.

In a videoconference meeting of leaders of all the Palestinian factions in Ramallah and Beirut—including Hamas, Islamic Jihad and 11 others—Abbas railed against the recent developments, which breach the consensus that an agreement with the Palestinian must precede any agreements with Israel.

Abbas condemned normalization as “a poisonous dagger” against them, and called upon the Arab world to stand by previous commitments.

The PA leader rejected the idea that the UAE accord should be credited with suspending Israel’s plans for annexation of parts of Yehuda and Shomron, as a quid pro quo for normalization. He claimed it was the Palestinians, and not the UAE, who forced Israel to call off those plans.

He said that he was willing to return to peace talks, but not under a U.S.-led effort. The PA severed contacts with Washington after the embassy was moved to Yerushalayim and has repeatedly denounced the Trump administration’s “Deal of the Century.”