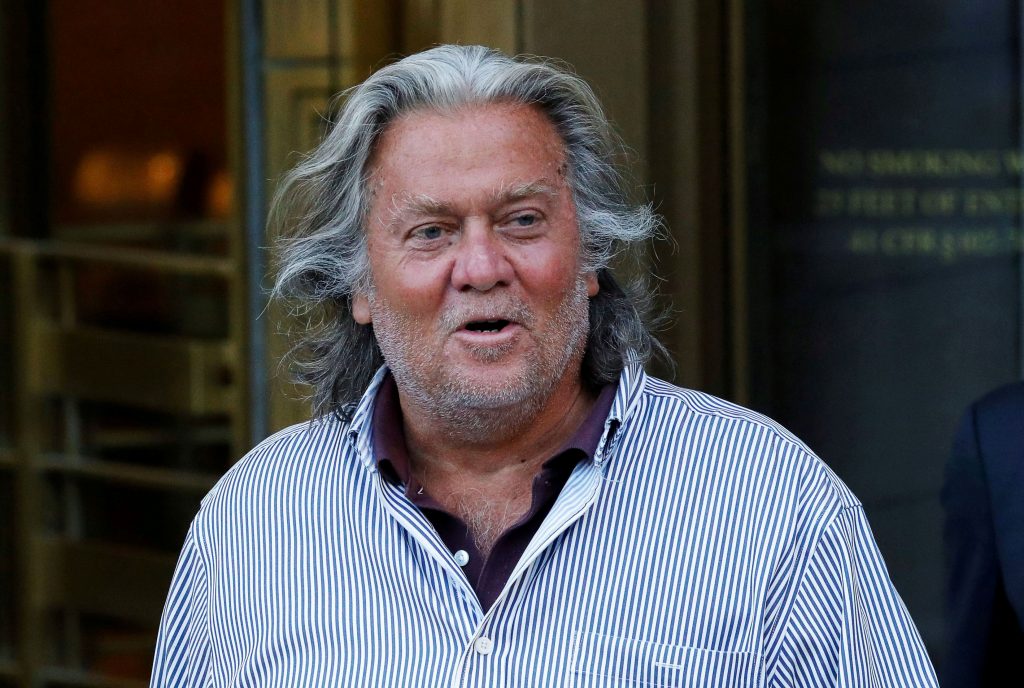 A U.S. judge on Monday set a May 2021 trial date for Steve Bannon, a former adviser to Donald Trump, and three co-defendants on charges of defrauding donors in a scheme to build the president’s signature wall along the U.S.-Mexico border.

Federal prosecutors on Aug. 20 accused Bannon, U.S. Air Force veteran Brian Kolfage and two others of orchestrating a scheme to defraud hundreds of thousands of dollars in connection with a $25 million crowdfunding campaign called “We Build the Wall.”

Bannon and Kolfage used hundreds of thousands of dollars of that money to cover personal expenses, according to the charges.

U.S. District Judge Analisa Torres in Manhattan set May 24, 2021 as the trial date for the case.

During the virtual hearing, the judge noted that only a few courtrooms in the building were outfitted to handle technical challenges posed by the novel coronavirus pandemic.

“I’m going to be optimistic and hope that we have courtrooms available,” she said.

Kolfage lost both legs and his right hand in a 2004 rocket attack in Iraq.

Bannon, as a top adviser to Trump’s presidential campaign and later White House chief strategist, helped articulate the “America First” right-wing populism and fierce opposition to immigration that have been hallmarks of Trump’s 3-1/2 years in office.

Torres cautioned the defendants and their lawyers against making public statements that could taint the impartiality of jurors or the fairness of the trial, and said she may issue a “special order” restricting their activities. All four defendants told Torres they understood.

In a court filing last week, prosecutors asked the judge to warn Kolfage and the other defendants against making “extrajudicial statements” that could taint the jury pool, citing what they called a “steady stream” of often “highly inflammatory posts” by Kolfage on social media.

These included descriptions of the case as a “witch hunt” and a political effort targeting Trump supporters and donors to “We Build the Wall.” according to the filing.

Harvey Steinberg, a lawyer for Kolfage, accused the government of itself being out of line by publicly discussing his client’s case out of court after charges were announced. A prosecutor told Torres there wasn’t anything unusual in the government’s public discussion of the case.