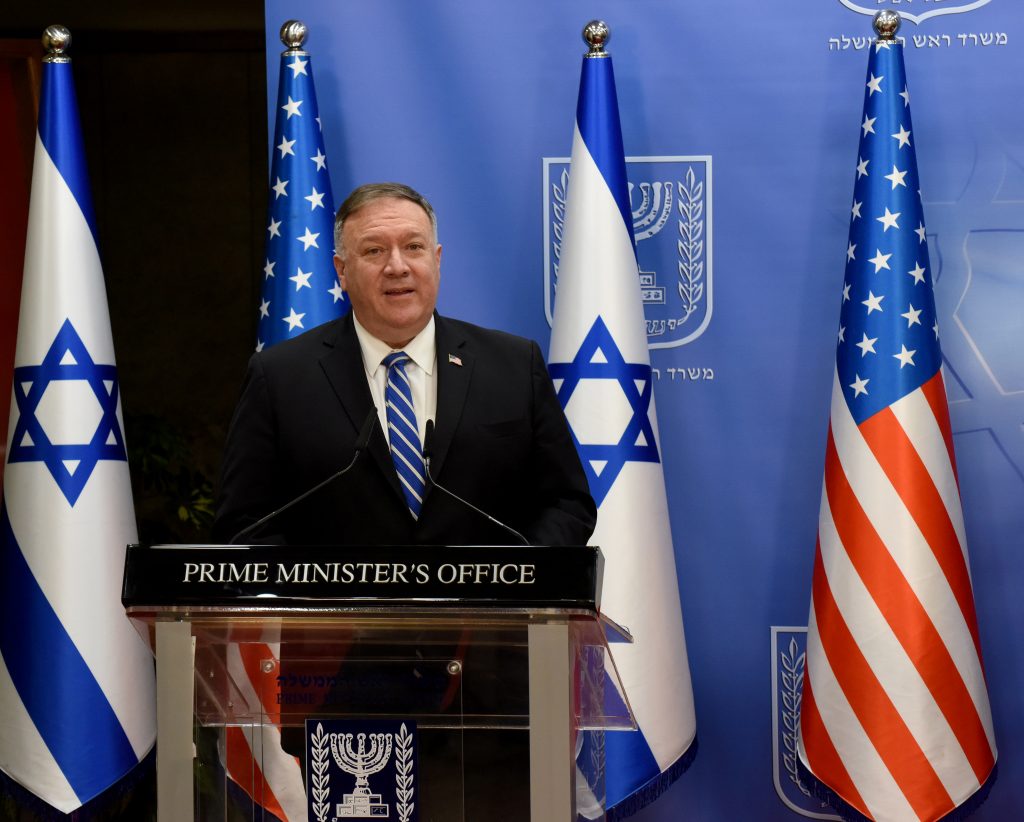 Secretary of State Mike Pompeo will speak to the Republican National Convention this week despite having told U.S. diplomats that presidential appointees may not take part in any such partisan political activity.

Pompeo‘s planned speech “will violate legal restrictions on political activities according to a longstanding interpretation by State Department lawyers,” Democratic Representative Eliot Engel, chairman of the House of Representatives Foreign Affairs Committee, said in a statement.

The instruction is in an unclassified July 24 cable reviewed by Reuters and sent to all U.S. diplomatic and consular posts abroad to ensure that State Department employees comply with U.S. restrictions on their political activities “even on personal time and outside of the federal workplace.”

Pompeo, an appointee of Republican President Donald Trump widely believed to harbor presidential aspirations, was scheduled to speak from Yerushalayim to the convention on Tuesday, drawing criticism that he is violating modern norms on the behavior of U.S. secretaries of state.

The cable, like all State Department cables, went out under the secretary of state’s name.

“Presidential and political appointees … may not engage in any partisan political activity in concert with a partisan campaign, political party, or partisan political group, even on personal time and outside of the federal workplace,” said the cable, entitled, “2020 Hatch Act/Political Activities.”

The State Department did not immediately respond on Monday to a request for comment about whether Pompeo‘s appearance violated the cabled instruction.

Eliot said that apart from the cable, a December 2019 memorandum from the State Department Office of the Legal Adviser said “Senate-confirmed Presidential appointees may not even attend a political party convention or convention-related event.”

Earlier in the day, a State Department official told the pool reporter traveling with Pompeo on behalf of the U.S. media that he would speak to the convention in his personal capacity.

According to the Office of Special Counsel, an independent federal agency which polices the 1939 Hatch Act, the law limiting political activities of federal employees seeks to make sure federal programs are administered in a nonpartisan fashion, protect federal employees from political coercion and ensure they advance based on merit rather than political affiliation.

John Bellinger, the State Department’s top lawyer under Republican Secretary of State Condoleezza Rice, said the agency had historically barred its top political appointees from partisan activity that is permitted under the Hatch Act.

“As a longstanding policy, the Department of State has prohibited its senior political appointees from engaging in partisan political activities, including attending political party conventions, that are otherwise permissible under the Hatch Act,” Bellinger told Reuters.

“Secretaries of State have traditionally not attended conventions. Secretary Pompeo appears to have decided either to change that policy, or that his virtual participation in the Republican Convention is somehow consistent with the traditional restrictions,” he added.

Aaron David Miller, a senior fellow at the Wilson Center think tank and a Middle East adviser to six Republican and Democratic secretaries of state, described Pompeo as arguably “the most politicized secretary of state” in modern history.

Miller viewed the speech as part of a pattern by Trump and Pompeo in which they “tether American diplomacy … to the political interests of the administration … and, if I may be so bold, to the presidential aspirations of Mr. Pompeo.”