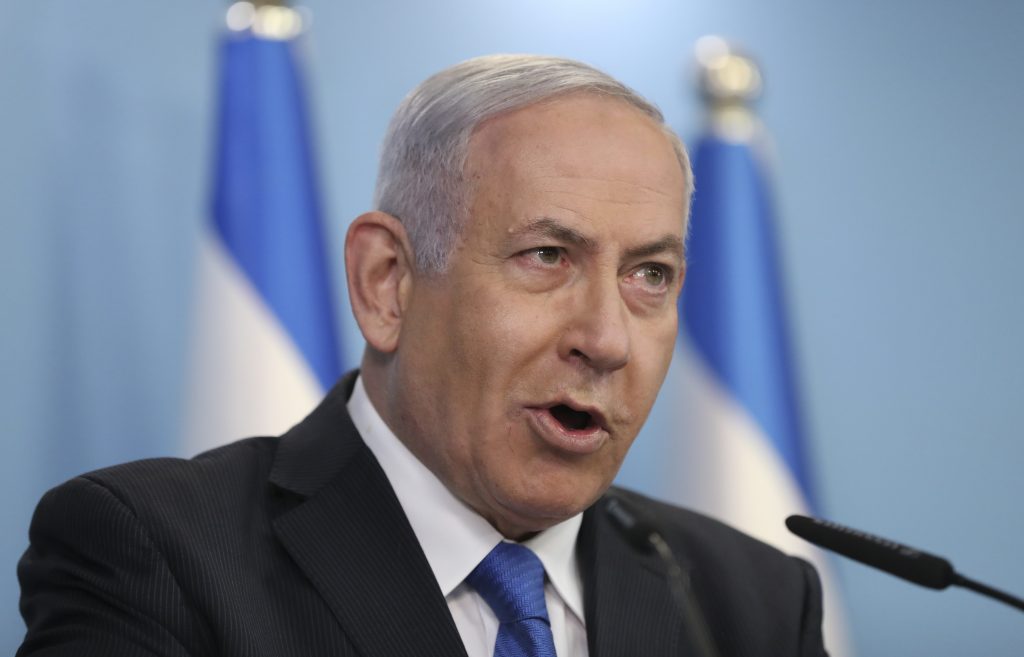 Prime Minister Binyamin Netanyahu‏‏ told the nation on Sunday night that he has agreed to a compromise on the state budget, thereby averting another round of elections.

The statement was delivered just ahead of a special Knesset Finance Meeting on the budget crisis called for 9 p.m.

Interim committee chairman Rabbi Yitzchak Pindrus (United Torah Judaism) had said earlier the Likud and Blue and White would have until 9:00 p.m. Sunday night to reach an agreement on MK Tzvi Hauser’s (Derech Eretz) compromise plan to delay a decision on the budget for 100 days.

Rabbi Pindrus is serving temporarily as Finance Committee chairman in the absence of MK Rabbi Moshe Gafni after he underwent a medical procedure last week.

The vote on the compromise was set for tonight in the Finance Committee. Assuming it passes, it proceeds to the full Knesset for final approval on Monday, in order to beat the midnight deadline which would trigger elections.

A short while prior to Netanyahu’s announcement, Blue and White urged him to “come to his senses and go back to seeing the good of the country, rather than his own personal gain.”

In a statement, the party accused Netanyahu of “spitting in the face of Israel’s citizens,” if he would force the fourth round of elections in less than two years.

In a live broadcast, Netanyahu said the compromise is needed in order to continue to address the coronavirus crisis.

He used much of the speech to tout the new agreement with the UAE, saying, “We are in historic days. Our peace deal with the United Arab Emirates opens a new era of peace in the Middle East.”

He chastised his coalition partners for fomenting disunity and seeking elections, exactly what they are accusing him of.

“This time is a time for unity, not elections,” he says. Blue and White has to “stop the government within government” that, he says, is constantly attacking Likud.

Netanyahu also used the opportunity to urge the right-wing Yamina party to join the government. Yamina has been soaring in recent polls, and Netanyahu would like to see it in the coalition, with or without elections, perhaps as a replacement for the troublesome Blue and White.

In a brief questions period afterwards, Netanyahu was asked about a Channel 13 survey published earlier Sunday that says 50% of public think he takes decisions on the basis of his personal and legal interests.

“Such a low number,” he exclaimed, saying that he would have expected it would be higher given that the media “is completely conscripted to the battle against me.” Now, he adds, “they’ll say I don’t want [elections] for personal reasons.”