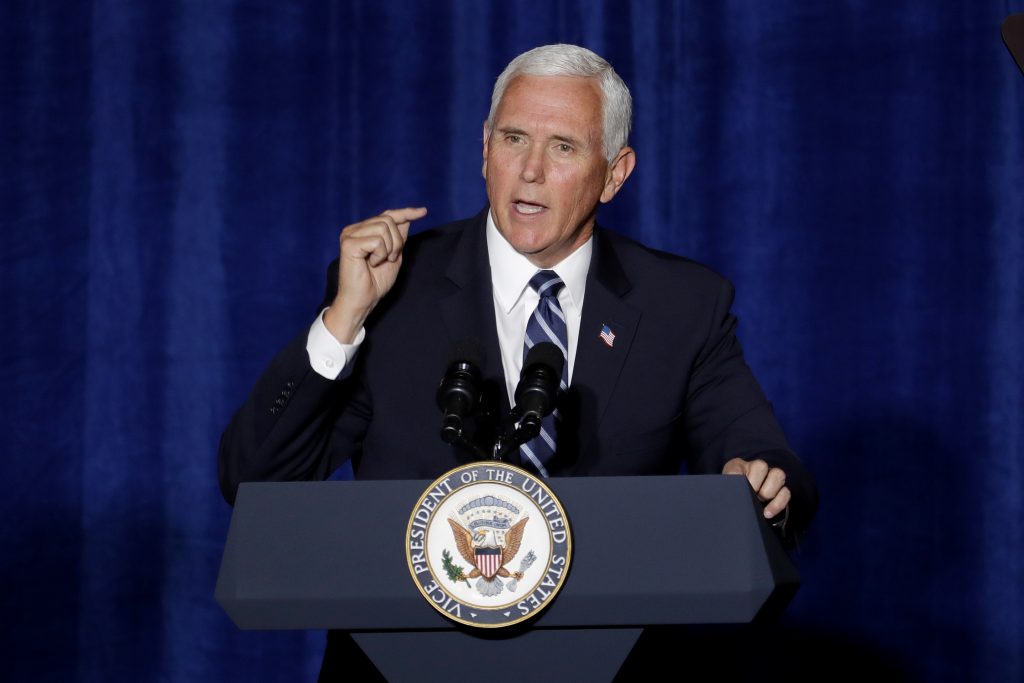 Vice President Mike Pence brought the Trump campaign’s tough-on-crime re-election message to Arizona Tuesday, telling a group of law enforcement officers at a rally in Tucson that Democrats will undermine law and order if they win the November elections.

The Republican told several hundred socially-distanced members of the Arizona Police Association that he and President Donald Trump will never heed calls to defund police that have emerged in the wake of the May killing of George Floyd at the hands of police in Minneapolis.

Democratic presidential candidate Joe Biden has rejected calls to defund police but supported redirecting some money into alternatives such as mental health and prison reform.

But Pence said he and other Democrats have made it clear they don’t support law enforcement.

The Tucson visit was a campaign rally in every sense, complete with a lone heckler who managed to slip into the event despite the crowd being mainly law enforcement officers. The man stood and yelled an expletive and “Black Lives Matter” before being hustled out of the room. Pence ignored him.

Pence’s speech was preceded by remarks from GOP Sen. Martha McSally, who faces a touch election fight against Democrat Mark Kelly, and Gov. Doug Ducey, who joins Pence at every opportunity.

After the Tucson event. where he accepted the police association’s endorsement, Pence headed to Mesa, where he will launch the campaign’s outreach efforts to members of the Mormons. Pence, a devout Christian, has often served as the Trump campaign’s ambassador to religious voters.

In late June, Pence canceled events in Tucson and Yuma as Arizona experienced a big spike in coronavirus cases in one of the world’s worst outbreaks at the time. Instead, he flew to Phoenix and met with health officials.

Both the Trump campaign and that of Biden are heavily focused on Arizona, which is trending toward the center after decades of GOP dominance.

President Trump won the state by 3.5 percentage points in 2016. Democrats won several key races two years later with the support of voters disaffected with Trump, particularly women from the suburbs of Phoenix.