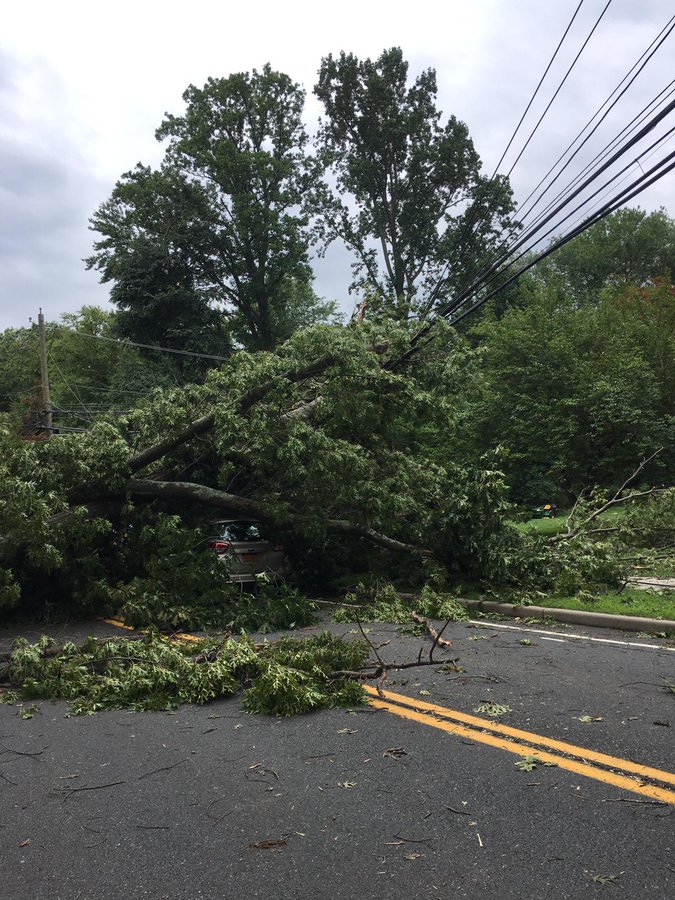 With hundreds of wires down in the aftermath of Tropical Storm Isaias, the electric utility companies servicing Rockland County reported that they do not expect power to be completely restored to all customers before next Tuesday, August 11.

Many of the downed wires are suspended on tree branches, making them difficult to handle, since the power must be cut to those areas before repair crews can replace them and restore power. Orange and Rockland Utilities, which services the area, has called in wire crews from other states to assist in the restoration work.

Most of Monsey had power restored by late Thursday afternoon, but villages to the north, including Forshay, Wesley Hills, Chestnut Ridge and Airmont still have major outages, with little hope that they will have power for Shabbos.

Yossi Margaretten of Rockland Chaveirim told Hamodia that they have already distributed dozens of generators to those in need, but many will not be able to get their power back before the beginning of next week. Many families in the effected areas are making plans to temporarily relocate for the next few days until they are able to resume occupying their homes comfortably.