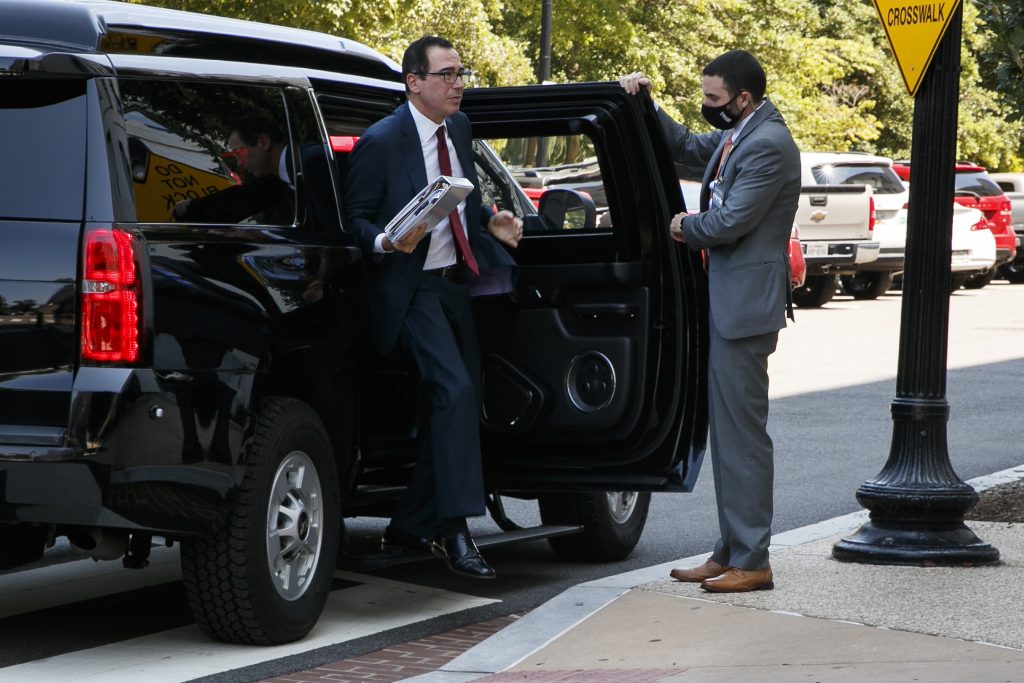 The rival sides in bumpy congressional negotiations on a huge COVID-19 relief package exchanged public broadsides rather than constructive concessions Thursday as they stumbled toward a self-imposed deadline for an agreement they appear increasingly likely to miss.

After a Wednesday session that produced no progress, White House chief of staff Mark Meadows and Treasury Secretary Steven Mnuchin were returning to House Speaker Nancy Pelosi’s Capitol suite to confront the gulf in their negotiating stances. Both sides have set a goal of reaching a deal by week’s end — though that is appearing increasingly out of reach.

“Don’t nickel and dime our children,” Pelosi said. “Don’t say we want to give up a tax break to a business lunch and not give more money for children to have food stamps.”

Pelosi was referring to a GOP proposal to increase the deduction for business meals from 50% to 100%. The idea seems likely to die, along with President Donald Trump’s efforts to cut the Social Security payroll tax. But Schumer and Pelosi continue to push to restore a tax break for state and local taxes paid mostly by wealthier people with high incomes and valuable homes.

Senate Majority Leader Mitch McConnell, R-Ky., issued a grim assessment of the talks, again complaining that Pelosi and Schumer are not negotiating in good faith.

The Kentucky Republican is sending the Senate home rather than forcing impatient senators to bide their time while Democrats play hardball. That suggests a vote won’t come until late next week or even after. Progress has been scant in the talks despite more than a week of negotiation.

“As long as they calculate that they’re better off politically doing nothing, it’s going to be hard for us to move forward,” said Sen. Marco Rubio, R-Fla. “And that’s the calculation they’ve made, it appears.”

At stake is a massive rescue measure blending benefits for the jobless, more than $100 billion to help reopen schools, another round of $1,200 direct payments to most people, and hundreds of billions of dollars for state and local governments to help them avoid furloughing workers and cutting services as tax revenues shrivel.

“We believe the patient needs a major operation while Republicans want to apply just a Band-Aid,” Schumer said. “We won’t let them just pass the Band-Aid, go home and leave America bleeding.”