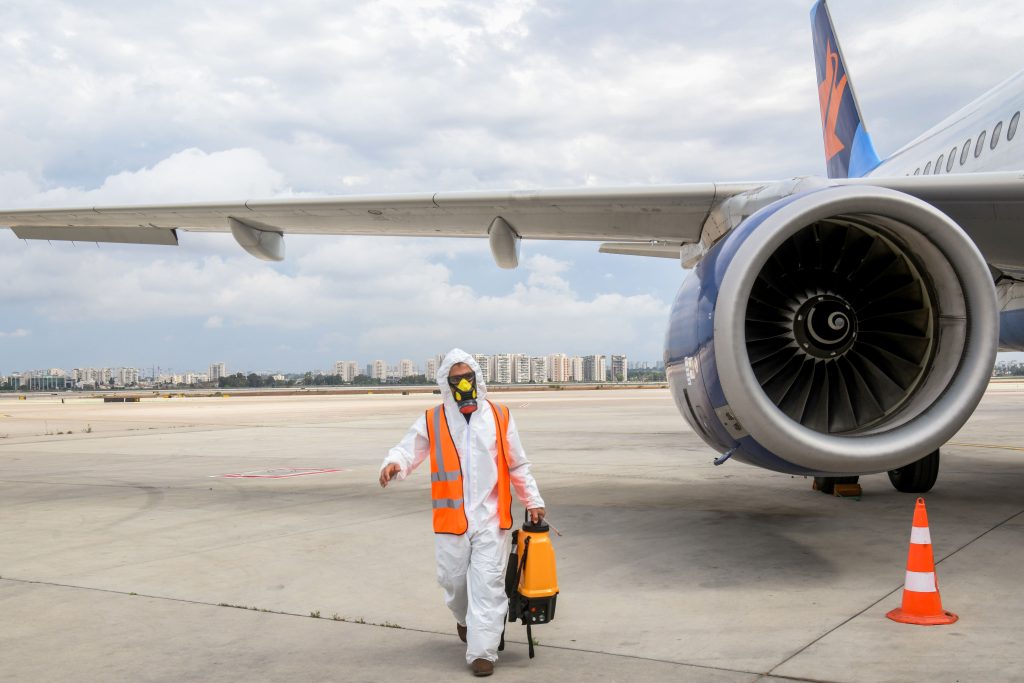 The Israeli government continued to move toward allowing the resumption of airline flights in and out of the country in less than two weeks, though uncertainties abound.

With August 16 as the target date, the relevant ministries were putting together concrete plans to “reopen the skies,” and have been in touch with some 13 countries that are thought likely to allow Israelis into their borders despite a high rate of coronavirus infection, according to Channel 12.

Incoming traffic will be color-coded according to a rough first draft, dividing countries into “red” and “green.”

Arrivals from green states, where infection numbers are low, will be allowed to enter Israel without quarantine, while those from red states will require self-quarantine, though the period of isolation may be shortened from the current 14, according to Channel 12.

The arrivals from “red” and “green” countries would be processed in different locations.

The reopening takes into account the need for a coronavirus testing lab at Ben Gurion Airport to process results quickly.

Passengers will pay for their tests, with costs estimated at several hundred shekels per test.

Flight crews on planes are expected to wear protective gear, and it is not yet known if meals will be served.

Tickets are not yet on sale, pending the finalization of plans.