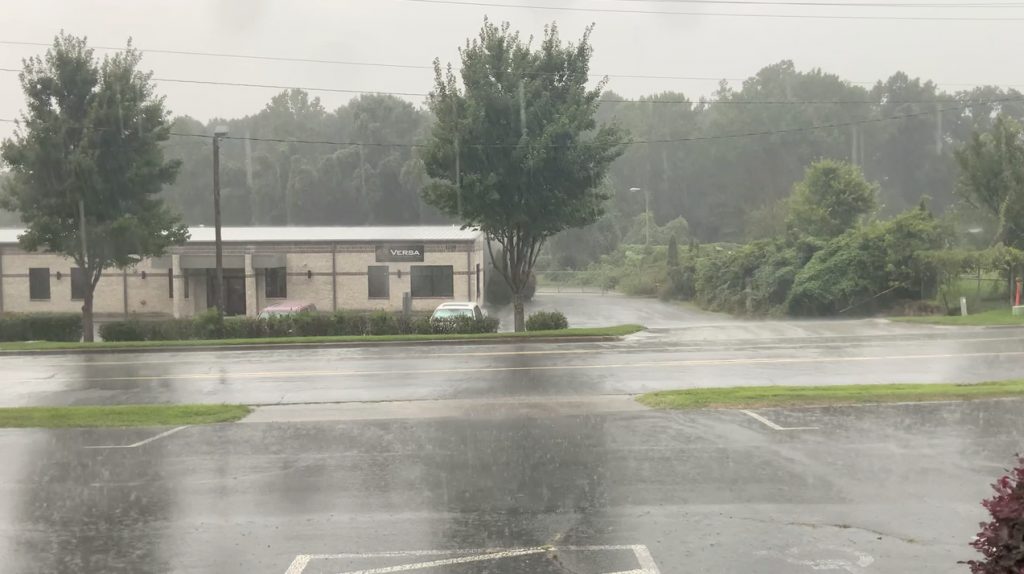 Hurricane Isaias has been downgraded to a tropical storm after making landfall near Ocean Isle Beach, North Carolina, according to an official with the National Hurricane Center.

“Now that the center has moved further inland into east North Carolina, the winds are now coming back down, so it has been downgraded back to a tropical storm,” Robbie Berg, a hurricane specialist with the National Hurricane Center, told The Associated Press.

The weather service also said in its 4 a.m. advisory that threats of tornados were beginning to spread into southeastern Virginia.

About 80 miles north of Ocean Isle Beach, about 30 people were displaced due to a fire at a condominium complex in Surf City, news outlets reported. It is not clear if the fires were connected to the storm. No injuries have been reported.

The storm could continue to bring down trees and cause power outages as it moves north along the mid-Atlantic and New England coastline, Berg said.

“We don’t think there is going to be a whole lot of weakening, we still think there’s going to be very strong and gusty winds that will affect much of the mid-Atlantic and the Northeast over the next day or two,” Berg said. Rainfall will continue to be a big issue, he added.

Coastal shops and restaurants closed early, power began to flicker at oceanfront hotels and even the most adventurous of beachgoers abandoned the sand Monday night as newly restrengthened Hurricane Isaias sped toward the Carolinas.

The U.S. National Hurricane Center warned oceanside home dwellers to brace for storm surge up to 5 feet (152.4 cm) and up to 8 inches of rain in spots, as Isaias moved up the coast. The Carolinas weren’t the only states at risk.

“All those rains could produce flash flooding across portions of the eastern Carolinas and mid-Atlantic, and even in the northeast U.S.,” said Daniel Brown, senior hurricane specialist at the U.S. National Hurricane Center. A tropical storm warning extended all the way up to Maine, where flash flooding was possible in some areas on Wednesday.

Isaias (pronounced ees-ah-EE-ahs) was upgraded again from a tropical storm to a Category 1 hurricane Monday evening. Early Tuesday the storm, downgraded again, was centered about 25 miles northwest of Greenville, North Carolina. It was moving quickly north northeast over eastern North Carolina at 26 mph, and this general motion accompanied by an increase in forward speed is expected through Tuesday.

The center will move into southeastern Virginia around daybreak, near or along the coast of mid-Atlantic states and continue across the northeastern United States later into the evening. Strong winds and heavy rainfall were expected to spread northward along the mid-Atlantic coast Tuesday morning.

The storm’s maximum sustained winds dropped from when it hit land to 75 mph with higher gusts, but only a gradual weakening is anticipated.