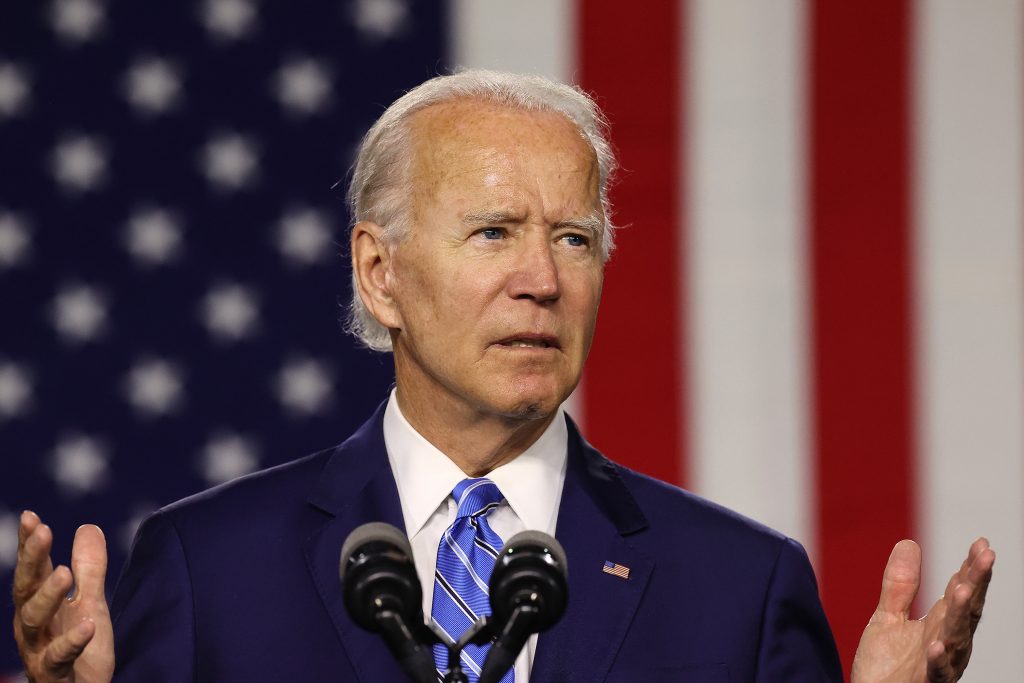 Joe Biden is set to unveil plans for addressing systemic racism that has put black people and other nonwhite communities at an economic disadvantage as the country struggles with the impact of the COVID-19 pandemic and as American streets are rocked by protests over racial injustice.

In a speech Tuesday afternoon in Wilmington, Delaware, the Democrats’ presumptive presidential nominee will call for several programs aimed at shrinking the racial wealth gap, including setting aside for people of color 10% of a proposed $300 billion small-business assistance fund and shaping other policies on housing, infrastructure and clean energy specifically to benefit nonwhite communities.

“The wealth gap is deep and persistent because it has been generations, and in fact, centuries in the making,” said a senior Biden campaign official in a briefing before the speech. “There is no silver bullet; it’s not one policy that is going to solve this. … The vice president believes we need a multifaceted strategy to attack that wealth gap and make meaningful strides toward closing it.”

The aide briefed reporters under ground rules that did not allow quotation by name.

Biden’s plan includes no mention of addressing racism through reparations to descendants of slaves — a proposal that is more of a political hot button.

Asked whether Biden would support legislation in Congress to set up a commission to study reparations, a senior campaign official said: “The vice president doesn’t have a problem with the study, but he believes there are things we can do right now — we do not have to wait on a study to tell us — to dramatically change the lives of black and brown people in America.”

Biden’s plan to address racial inequities is the latest and last piece of a four-part “Build Back Better” plan to fix the U.S. economy, which has been ravaged by the coronavirus outbreak and the displacement of millions of American workers.

Other elements of the agenda, rolled out over the last month, are a $700 billion proposal to reinvigorate the nation’s manufacturing sector, a $2 trillion effort to build new renewable energy infrastructure, and a $775 billion overhaul of the nation’s system to care for children, the elderly and the disabled.

Biden’s final economic policy plank is being unveiled at a time when many polls show the former vice president gaining on President Donald Trump on economic issues — the president’s main remaining area of advantage.

For months, even as polls showed voters preferring Biden on most measures of leadership, they still preferred President Trump to handle the economy. That edge has now all but vanished. The latest Washington Post/ABC poll, for example, found voters almost evenly divided on which candidate to trust on the economy, with Trump favored by 47% and Biden 45%.

Biden enjoys broad support among black voters, but he has drawn some fire from the African American community for off-hand comments that have been regarded as racially insensitive. Recently, he called Trump the “first racist president,” overlooking the fact that many presidents owned slaves and supported segregation. He offended some black people when, on a radio show, he said that if black people “have a problem figuring out whether you’re for me or Trump, then you ain’t black.”

But the Wednesday speech gives Biden a new opportunity to highlight sharp contrasts on race between himself and Trump, who has been accused of stoking racial tensions for political purposes.

Biden’s plan, unveiled Tuesday morning in advance of his speech, specifies how earlier proposals would be structured to help communities of color. His infrastructure proposal earmarks 40% of its spending for disadvantaged communities. He plans to call for targeting more federal contracts to Black and Latino small businesses. And he will call on the Federal Reserve to do more to identify and address racial gaps in wealth, wages and jobs.